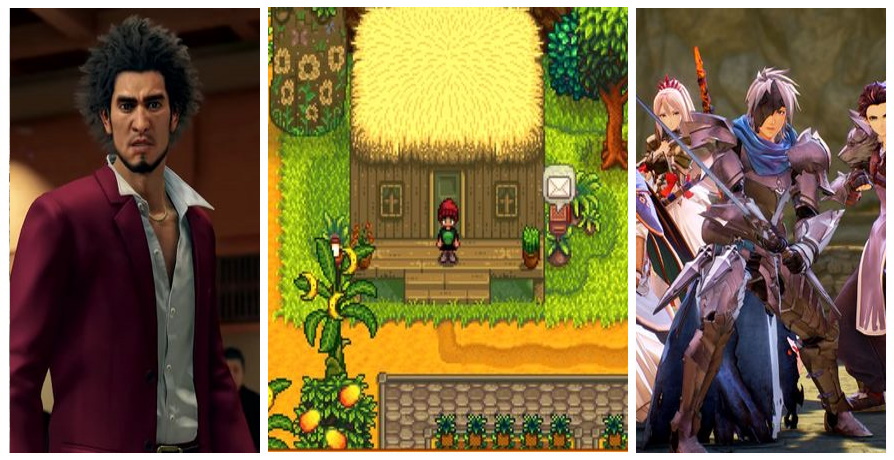 On February 25, 2022, the Steam Deck was released, ushering in a new age in portable gaming. People may now carry their large Steam library with them on the move without having to buy a gaming laptop. While the console's launch has been uneven, it has received a lot of positive feedback as well as some reasonable critiques that may be addressed in the future.

Valve has been testing games and designating them as Deck Verified since the platform's launch, indicating that they function smoothly on the Steam Deck. Naturally, given the large number of projects on Steam, this procedure will take time, but a number of major games have already been verified. What are the most popular Deck Verified RPGs?

Ryu Ga Gotoku Studio took a major risk by changing certain essential parts of the Yakuza package after more than a decade of beat 'em up action and Kazuma Kiryu. Like a Dragon features classic Dragon Quest-style turn-based fighting, a new protagonist named Ichiban Kasuga, and even takes place in a different city than the previous games in the series.

Despite these modifications, Like a Dragon keeps the passion, comedy, and innovation that have been iconic with the franchise. The game goes for the fences and hits a home run, despite some growing pains.

The indie gaming sector soared to new heights in the 2010s, and Stardew Valley is one of the scene's crowning successes. The game, which is a farming simulator with significant RPG components, provides players a lot of choice in terms of how they develop their plot of land and make their stamp on Pelican Town.

Stardew Valley is a large, sophisticated game that may be played indefinitely. Stardew Valley is ideal for those who want an RPG that is more about everyday living than a huge journey to rescue the world, yet it isn't nearly as soothing as Animal Crossing.

Elden Ring, which was released on the same day as the Steam Deck, was the ultimate test of the portable system's capabilities. Can Valve's platform handle a large open-world RPG with hundreds of hours of content? Yes, and playing Elden Ring on the move is just as thrilling as playing The Legend of Zelda: Breath of the Wild on the Nintendo Switch.

The Lands Between, a large nightmare environment that needs to be properly explored, is the setting for FromSoftware's 2022 title. Elden Ring is a fantastic game with a comprehensive personalization system, hundreds of dramatic monster fights, and a rich mythology.

For more than two decades, Bandai Namco's Tales brand has been providing (usually) enjoyable action JRPGs, and the series is presently growing from strength to strength. Tales of Arise is a strong candidate for one of the finest games in the franchise, which is a bold assertion. Arise is set in a world where prejudice is the norm, and it follows two people from opposing sides of the battle who are attracted together and embark on a difficult journey to bring change to Dahna.

The plot and characters in Arise are excellent, particularly the latter; nonetheless, a compelling tale would be rendered ineffective if the game was not enjoyable to play. Fortunately, Arise's fighting is excellent.

There are hundreds of excellent role-playing games, but only a few can be regarded to have revolutionised the genre (hopefully for the better). The Witcher 3: Wild Hunt is an example of a recent release that changed the gaming scene by simply setting a new bar for quality.

Since its introduction, RPGs have appeared to make a greater effort to guarantee that side missions provide a more substantial experience. The Witcher 3 was not the first game to give excellent supplementary content, but it was the first to master it. The remainder of the product, whether it's the open world, the primary plot, or the voice acting, is fantastic. The combat system, on the other hand, may be divisive.

Disco Elysium is a work of art that stands out from the crowd of Steam RPGs. Rather of focusing on battle, this game focuses on communication and character development, with the latter being linked to the abilities players choose to select while rising up.

Disco Elysium presents a difficult detective narrative that touches on philosophical and ethical concerns, set in a deep open-world that crosses the border between realism and fiction. This RPG places a premium on player choice and makes every word count.

Dragon Quest XI is the newest mainline entry in probably the most influential turn-based JRPG franchise of all time, proving the series' ongoing appeal. Despite the fact that its fighting system and plot do not veer far from the route, the game does not seem stale, and the Definitive Edition solves the majority of the original's minor flaws.

Yakuza Like a Dragon release date set for November
Jul 23, 2020 by Alex Wright

Yakuza Like a Dragon features its mini-games in new trailer
Oct 7, 2020 by Alex Wright