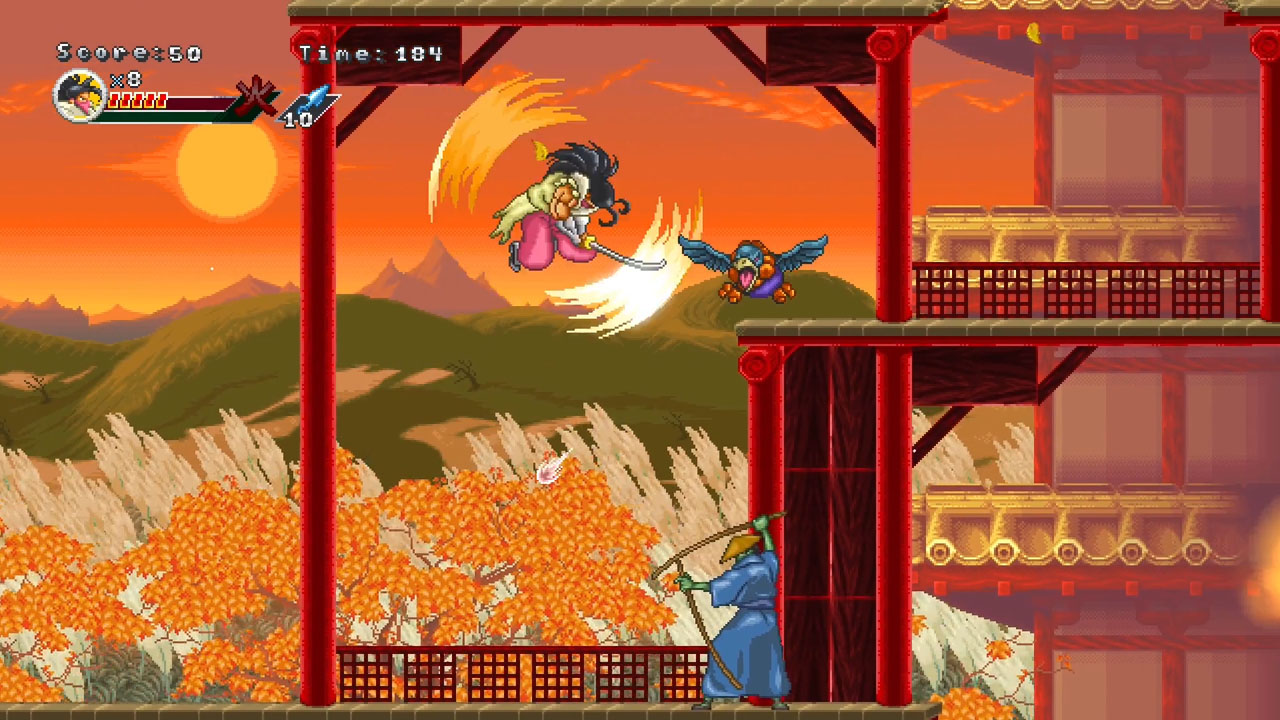 Ganryu 2: Hakuma Kojiro is a direct sequel to the 1999 arcade game Ganryu. It starts with Musashi, the hero, lounging in the sun beside his favourite temple entrance. Then, out of nowhere, he hears the voice of Kojiro, the previous game's villain.

He has risen from the grave and is threatening to destroy Japan as a whole, beginning with Hokkaido. Is Musashi capable of defeating this demonic spirit? To discover out, players will have to step into Ganryu 2: Hakuma Kojiro. These pointers should help you combat the undead a little easier.

1. Get To Know The Controls​

In addition, there are no controller settings in the menu. There isn't even a step-by-step guide. Ganryu 2 is one of those games where players must physically test each button to understand how to play.

As an example, consider the PS4 controller: The Square fires kunai, the Triangle cuts Musashi's sword, and the Circle dashes. As long as players time their actions correctly, any attacks may deflect oncoming strikes. Check out the controller to get used to it before getting into battle.

In the air, players may double leap and dash. These manoeuvres are ideal for getting past obstacles or foes when platforming. Musashi can also climb up walls, similar to Samus' Super Metroid move set.

Players may jump away from barriers and then run back with that button to fast climb them. Climbing becomes a lot simpler as a result. Also, while we're on the subject of walls, some can be demolished with a simple sword swing. In Ganryu 2, there are mysteries at every corner.

It can be difficult to identify whether or not video games allow for destructibility in their surroundings. Ganryu 2 is one of them. Players should keep a watch out for things like poles, urns, and candles. All of these items, as well as others, can be destroyed. The majority of the items found there will only increase the player's score.

This translates to no spendable cash, rendering the score essentially meaningless. On the off event that they come across goods like food for healing or additional kunai, gamers should still destroy everything.

The majority of the ninja-like adversaries in Ganryu 2: Hakuma Kojiro may be defeated with a single sword or kunai strike. Some foes, on the other hand, are a little more ruthless. In the first stage, for example, there is a gigantic green ogre with a polearm.

All assaults will be deflected if players try to hit it. Enemies like that should be kept an eye on. To go in close for the kill, learn the enemy's move sets. If players who prefer to utilise more brute force methods are smashed into, they may become immobilised. In Ganryu 2, any method works.

5. Taking Down The First Boss​

It's a smart idea to study the first boss's techniques, but because this game is terrible, here's how you beat him. Other gamers will have to find out the remainder of the bosses. The first boss, a skilled red ninja, begins the fight by launching kunai. Before throwing kunai again, he will roll and assault people to get to the other side of the map.

He'll then leap into the air, throw kunai, land on the opposite side, and toss bombs before returning to his previous approach. Players might hurl kunai in the opposite direction of the boss. When the monster is throwing kunai above, they might get near enough to attack with the sword while ducking. For this ninja/samurai game, either tactic is sound.

6. Be Prepared To Restart From Scratch​

Extra lives are available in Ganryu 2: Hakuma Kojiro, which many players are unaware of. When the player's life are spent and they see a game over screen, they must repeat the game from the beginning, regardless of how many checkpoints they have crossed. Because the game is short, it is possible to complete it in one sitting.

Extra lives, as well as games that require players to complete them in a single run, have all but vanished from the business. Roguelikes are the only genre that still accomplishes this. However, Ganryu 2 is far from a roguelike.

Ganryu 2: Hakuma Kojiro is available on PC, PS4, Xbox One and Switch.
Click to expand...