5 Tips to Get Soul Ash in World of Warcraft 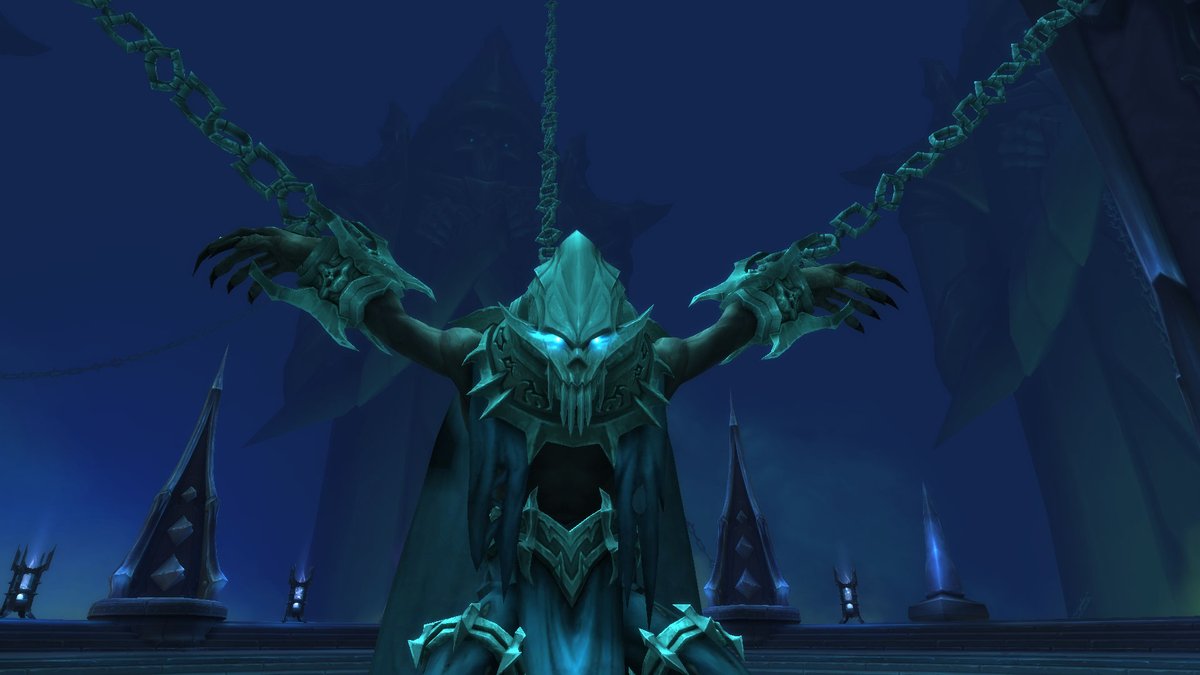 The Runecarver in Torghast uses Soul Ash to make and improve Legendary equipment. The weekly resets on both Torghast wings make it difficult to get Soul Ash in World of Warcraft, as players may only harvest Soul Ash for each wing once a week. There are dependable techniques for creating a Soul Ash farm and maintaining a consistent flow between weekly resets, but those wells eventually dry up after a while.

Opportunities for Soul Ash farming appear shortly after entering the Shadowlands in World of Warcraft. Bolvar will assign the player the duty of rescuing Alliance and Horde members in Torghast. These tasks are only available once, however they offer an option for individuals who don't have the patience to keep pushing their Torghast layers higher day after day. Players should have enough Soul Ash to create a Legendary after completing Torghast a few times and finishing the introductory missions. Perhaps they'll be able to improve it.

What Should I Spend Soul Ash On?​

In World of Warcraft: Shadowlands, Soul Ash is a new resource that can only be utilised with the Runecarver to make Legendary items. Depending on how much Soul Ash the player has, these improvements can be done sequentially or all at once. With the elimination of the Soul Ash restriction in version 9.1, it's now a little simpler to gather the resource over a longer period of time without having to worry about squandering time.

For an item of Item Level 190, the initial cost of getting a Legendary item from the Runecarver is 1,250 Soul Ash. The standard amount for finishing the Torghast questline to rescue Anduin is 1,250 Soul Ash, therefore players will need to traverse the randomly generated dungeon at least once to get their entry-level Legendary.

Legendary items may be upgraded up to five times for a total of 260 Item Level. Except for the fifth and sixth upgrades, which cost the same amount of Soul Ash but need a different quantity of extra Cinders, each stage of the upgrade process requires more Soul Ash than the previous.


These rankings can be purchased all at once or in stages when the player accumulates sufficient resources. They may be created at higher Item Levels as well, but players will have to pay the whole cumulative sum for an immediate max-level item, which is around 21,900 Soul Ash and 2,050 Cinders. That's quite a number of Torghast runs!

Players may only do one layer of each wing when they initially start out in Torghast. After completing layer 1, the player will be able to access the second tier for each wing. This includes the wing that wasn't finished at layer 1 as well. The more layers you have, the more efficient you will be at Soul Ash farming each week. The individual reward for each layer, on the other hand, decreases as the layers increase.

This implies that completing a layer 2 run of a wing in Torghast will net you both layer 1 and layer 2 awards, however the layer 2 reward will be substantially lower than the layer 1 payout.

Layer 2 unlocks layer 3, which unlocks layer 4 for both wings, and so on. A layer 12 reward is insignificant on its own, however finishing a fresh layer 12 Torghast run will reward the player with all eight layers. At every level, it's typically advisable to rotate between wings. This will optimise the amount of Soul Ash obtained and prevent players from wasting time on layers for which they will receive a payout in any case.

When players complete Torghast's maximum layer, it remains unlocked. Every week, players are not required to proceed through Torghast from the beginning. They can instead leap in, complete the level 12 layer for each wing, and then exit. They also don't forfeit incentives if they don't finish earlier layers. Each wing's prize accumulates into a single large Soul Ash drop. Each accessible wing drops 1,040 Soul Ash at layer 12. This implies that the player will obtain a total of 2,080 Soul Ash after both wings are completed.

Only two wings are available each week, which prevents players from harvesting Soul Ash rapidly; however, with the 9.1 update, this restriction was eliminated. Unfortunately, the Twisting Corridors wing in Torghast only rewards cosmetics and a mount that can be used in the Maw on the last tier, not Soul Ash. When it comes to building a regular WoW Soul Ash farm, it's recommended not to spend time in the Twisting Corridors because it costs 1,250 to construct a new legendary piece of gear and 750 to enhance it to merely the second upgrade level.

3. Send Companions To The Maw​

The Command Table is unlocked for each Covenant and serves the same purpose as it did in previous expansions. Companions are acquired by the player, who may be sent on personalised Adventures that require real-world time to accomplish. Those allies earn experience and abilities after the task is completed. In the meanwhile, the player is rewarded with a variety of items, ranging from tiny amounts of money to crafting supplies and beyond. Apart from numerous Torghast runs, it actually ends up being one of the fastest methods to gain Soul Ash.

An adventure in The Maw may appear on the command table at any time, and when completed, it always yields some quantity of Soul Ash. However, special effects on these adventures should be checked before sending friends to The Maw. They're also far more difficult than the other options available - after all, Soul Ash is a valuable commodity. Keep a look out for them as they only appear once a day, so keep an eye out and send only the finest pals.

Torghast's first mission includes assisting Bolvar Fordragon in rescuing Baine Bloodhood, Jaina Proudmoore, and former Horde Warchief Thrall from The Jailer's hands. The mission to save Baine doesn't give you any more Soul Ash, but the questline that leads to Jaina and Thrall does. For obtaining a tip for Jaina's whereabouts in Torghast, the quest "Explore Torghast" grants 200 Soul Ash. The hint can be located anywhere, regardless of which wings are now available.

The missions "Remnants of Hope" and "Information at a Price" continue the plot and reward 150 Soul Ash, 100 Soul Ash, and 50 Soul Ash, respectively. This leads to the Thrall questline, which includes "Finding A Witness" and "Lest The Trail Go Cold" for 50 each and a total of 100. The tasks that directly involve saving Jaina and Thrall each award 200 Soul Ash, for a total of 400 Soul Ash.

All of this adds up to a total of 850 more Soul Ash for finishing these objectives. There are more objectives in the main plot after this, but none of them are related to Soul Ash - cultivating Soul Ash is a time-consuming procedure. It's critical to collect all of the resource's non-repeatable sources if you want to get your first Legendary as soon as possible.

The "Signs of the Lion" questline, which leads to Anduin's location, is the only one that rewards Soul Ash for finishing the Twisting Corridors. However, because the Twisting Corridors are 18 levels deep, players should expect to spend a significant amount of time in the Tower of the Damned.

This quest only offers 50 Soul Ash when completed, however its follow-up (and the questline's final quest) delivers 250 Soul Ash only for watching the "No More Lies" sequence, which was introduced in 9.1 in World of Warcraft.

10 Tips for World of Warcraft Classic Beginners
Apr 20, 2022 by PassStage6