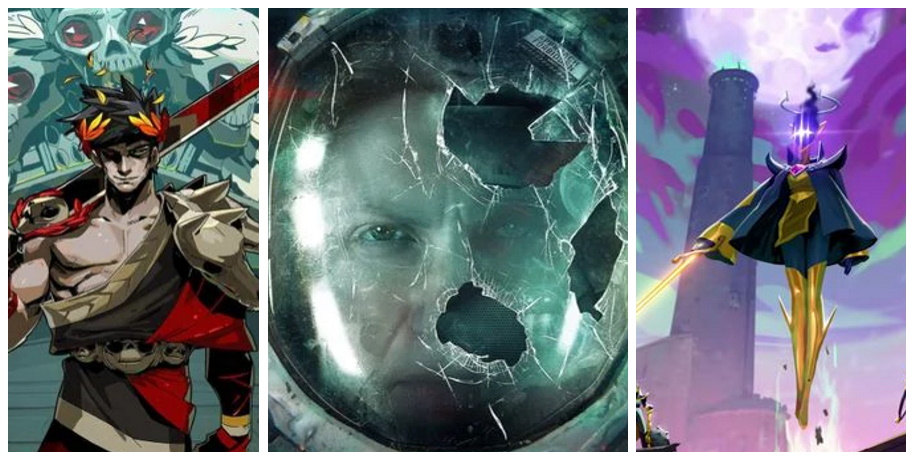 In recent years, the roguelike genre has swept the gaming industry, offering a unique method for players to interact with games. Roguelikes are known for their sophisticated advancement systems and intense combat, but their fantastic storylines and mythologies are frequently forgotten.

Indeed, the backstory contained in some of these games is up there with the greatest in gaming, from the spine-chilling sci-fi horror of Returnal to the refreshing perspective on Greek mythology that Hades delivers. Let's look at some of the roguelikes with the most outstanding lore, mythology, and tales with that in mind.

Hades is a new and fresh take on Greek mythology, with a mountain of interesting and exciting information to go along with it. The history shown varies from the secret motives behind each god's deeds to the sexual relationships amongst the gods by digging deep into the character dynamics found within the pantheon of Greek deities.

As Zagreus, the game's protagonist, learns more about the Greek pantheon, all of this material is analysed through his eyes. What's especially cool about Hades' mythology is how it uses the roguelike style to drip-feed portions of lore to the player during and after practically every loop across its realm. When you add in the educational side of learning about this ancient society, you get a game with lore that rivals even Dark Souls in terms of its attraction to lore-heads.

Housemarque's Returnal is a unique AAA entry in the roguelike genre, with a breadth that players seldom see in these games. Huge fights, large randomised stages, and a visual palette that takes advantage of all the PS5 has to offer are all part of the scope. However, this comes with a wealth of lore for players to delve into.

Everything is on display here from an ancient race of aliens with mastery over technology, warfare, and space travel that mysteriously left, leaving a collapsing Earth in its wake. This isn't even getting into the narrative of Selene's own story, a mansion full of mysteries and a past that players must piece together for themselves. Finally, discovering and learning about this lost world, reading hieroglyphics, and meeting ancient beings is a once-in-a-lifetime event. As a result, the mythology that players may unearth in Returnal explores many of the most intriguing parts of sci-fi horror on a size and breadth never seen before in the roguelike genre.

BPM: Bullets Per Minute, like Hades, mixes the drip-feed style of storytelling that has grown popular in roguelikes with ancient and traditional mythology. This time, it's the characters and stories from Norse mythology.

BPM's use of these myths and symbolism alone places it among the strongest mythology in roguelikes; add in an aesthetic change, like as the replacement of swords with firearms and a new design for the legendary Valkyries, and players have genuinely compelling lore to dig their teeth into.

Children of Morta is a story-focused, action roguelike that allows players to take on the role of a different member of the Bergson family, a lineage in a far-off place with the title of Guardians of Mount Morta.

The draw here is twofold: learning the history of this illustrious family, as well as the evil they fight, dubbed "the corruption." Children of Morta is highly worth checking out for those that love story and lore in their roguelikes.

Dead Cells is a roguelike known for its fast-paced gameplay and distinctive pixel visuals. However, there is a game with a distinct and original narrative behind this unusual approach to the roguelike genre.

Dead Cells delivers clues at a great universe underlying the player's actions, whether it's the history of the amorphous entity players control as they take on the forms of many corpses in an attempt to escape a seemingly endless prison or the complex background presented for each boss. With that in mind, this game will undoubtedly satisfy gamers' desire for lore when selecting a roguelike.

You missed the entire roguelike genre entirely.
Roguelikes are a turn based genre. For roguelikes with rich lore, check out ADoM, ToME, Caves of Qud, Cataclysm: Dark Days Ahead, Golden Krone Hotel, or Door in the Woods.

This is a particular sore-spot for me because genuine roguelikes are the near-totality of what I can actually play given I'm half blind, and have one usable arm.
It's now incredibly hard to find genuine roguelikes because too many people use the term roguelike when they mean "Arcade." It would be great if people could just let turn based genres like roguelikes exist, even if it were just for accessibility reasons.

For reasons why roguelikes matter for accessibility, check out this article: Playing roguelikes when you can’t see
You must log in or register to reply here.

Roguelite vs Roguelike: The Differences Explained
Apr 29, 2022 by Saramaya Slim

5 Arcade Games With The Best Lore
Jun 15, 2022 by CreativeArcades