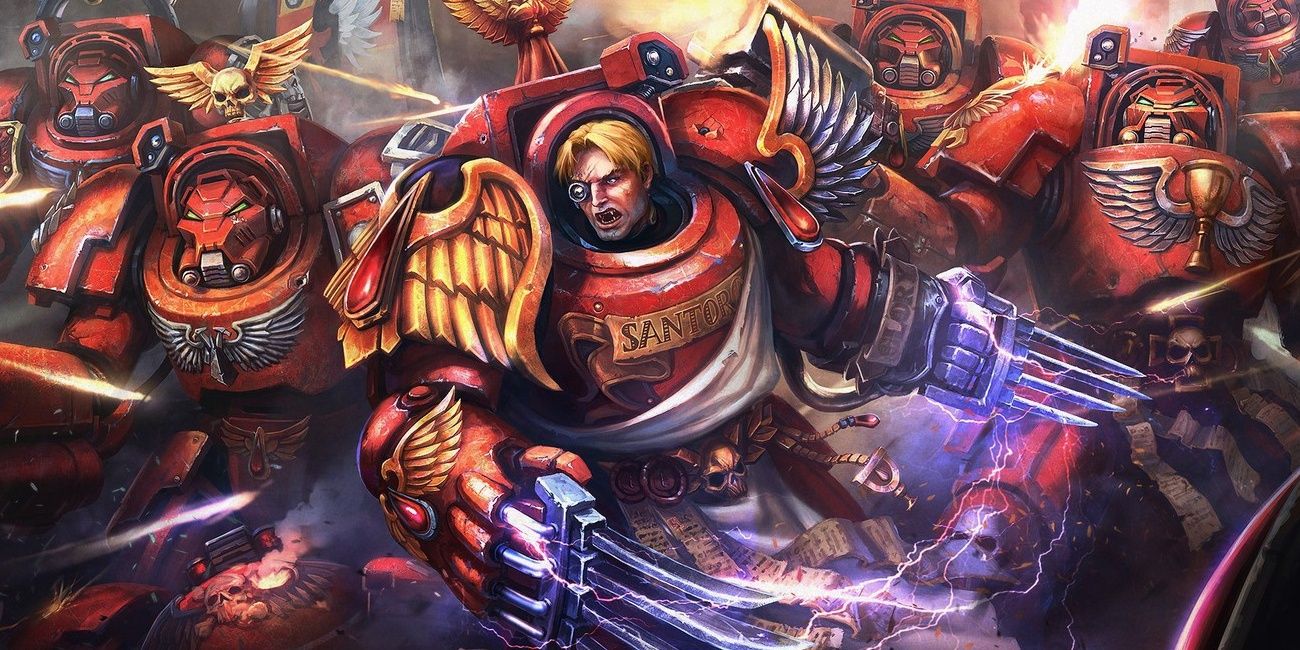 The Warhammer universe has and continues to inspire innumerable other fantasy and sci-fi worlds, if not the most well-known and cherished series in popular gaming culture. The space marines are undoubtedly the most well-known group in Warhammer 40K, with their armoured super-soldiers pouring gunfire and death onto mankind's foes.

Over the years, numerous space marine chapters have been depicted in games, books, and animated films, reflecting the grimdark battle and history of the 40K universe. The heroic struggle of the various space marine chapters has continued to inspire hope among the beleaguered combatants within the Imperium and fans of the faction, despite being weakened by the events of the Horus Heresy and under continual danger from all sides. Though the question of whether space marine chapter is the most powerful in terms of military might, resources, and influence must still be asked.

The Black Templars, who are successors of the 7th legion and are experts in close-quarter warfare and famed for their religious zeal and teachings, are another serious contender for the greatest space marine legion. The Black Templars may utilise and overcome beliefs (such as the Codex Astartes) that limit space marine numbers and power because they have built close relations with the Ecclesiarchy (basically the Catholic Church of 40K) with representatives on the council and a huge number of members.

As liberators and conquerors, the Black Templars' military prowess and capabilities lie in mass assaults and planetary invasions, which allows them to expand their numbers and power as additional worlds are conquered. The Black Templars are a force to be reckoned with, even among rival and conspiring factions inside the Imperium, because they are powerful, popular, and ever-growing.

The Space Wolves, descendants of the 6th legion and masters of assaults and search-and-destroy missions, have a distinct culture that sets them different from most other space marine chapters. To begin with, the Space Wolves are thought to have an unstable gene seed (genetic material required to create badass superhuman space marines), resulting in a mutation known as a 'Canis Helix,' a defect that grants them 'werewolf' abilities such as increased aggression, enhanced senses, and the ability to transform into a space marine wolf (a Wulfen).

Those who have become Wulfen can revert, and those who find it difficult to do so can be comforted by the order's special Wolf-Priests. Multiple unique units and technology influenced by Nordic culture and werewolves can be found in the Space Wolves chapter. Their fortress-monastery is known as 'The Fang,' and it has unparalleled production capabilities, thus Space Wolves never run out of weapons or power armour.

The chapter is maybe the only legion to openly resist the Inquisition and the Grey Knight Order (something you don't do!) and emerge victorious and stronger than before. Their Primarch, Lehman Russ, is still missing, and his current fate is unknown. He is regarded as one of the Emperor's sons' strongest fighters.

The Ultramarines have earned their place as one of the strongest space marine chapters within the Imperium of Man, not only as a fan favourite or a 'poster boy' for Games Workshop. The Ultramarines, descended from the 13th legion, are noted for their exceptional adaptability, bravery, and empire-building/oversight. The Ultramarines can call upon many more lesser chapters in times of need because they are a founding chapter with a gene seed that covers over half of all chapters.

The Ultramarines also have nearly 500 worlds inside their area of influence, and the Emperor has granted them a tax exemption. With their power and resources, the Ultramarines can quickly create a massive force and replace their numbers, as they did after Hive Fleet Behemoth decimated their homeworld. The Ultramarines space marine chapter hopes to gain power and influence during these dark times, with the return of Roboute Guilliman, the sole faithful Primarch still active and now the de facto ruler of the Imperium in Warhammer 40K.

The Dark Angels seek forgiveness from The Emperor and for the traitors that have tormented their chapter in the past. Despite the fact that their homeworld has been destroyed and their Primarch is currently incapacitated on their mobile fortress known as 'The Rock,' the Dark Angels still wield considerable power due to the fact that they have been entrusted with and retain a great deal of 'lost' high tech dark age technology used during the Emperor's early crusades.

The Blood Angels, as descendants of the 9th legion, are another chapter that excels in close-quarter fighting. They are also noted for their airborne assaults and shock tactics. The Blood Angels have a genetic abnormality known as the 'Red Thirst,' which causes the afflicted space marine to experience a condition known as the 'Black Rage,' which pushes them into a warlike frenzy. Blood Angel marines suffering from the Black Rage, unlike their Space Wolf brethren, are unable to distinguish between friend and foe and will attack and kill anything within range. At the culmination of the Horus Heresy, when the Blood Angel Primarch, Sanguinius, was assassinated by the traitor Horus, this insane state was unleashed.

Those who have been affected are reformed into the 'Death Company,' and deployed into intense, isolated battle zones to earn the death of a noble warrior. Despite this disadvantage, the Blood Angels are reported to age more slowly by sleeping in sarcophaguses (true vampires) or ingesting moderate amounts of blood.

Dante, the chapter leader, was recently able to repel a Tyranid hive fleet, as well as Roboute Guilliman and his Ultramarines, using the sudden apparition of a 'Great Rift.' Guilliman appoints Dante as the new Regent of the Imperial Nihilus, which spans many sectors and planets, following the conflict. In terms of name and power, this practically implies that chapter master Dante is now second only to Primarch Guilliman.

5 Powerful Chaos Gods in Warhammer 40K
Tuesday at 3:28 AM by Melissa Adams