5 Mistakes to Avoid in The Planet Crafter 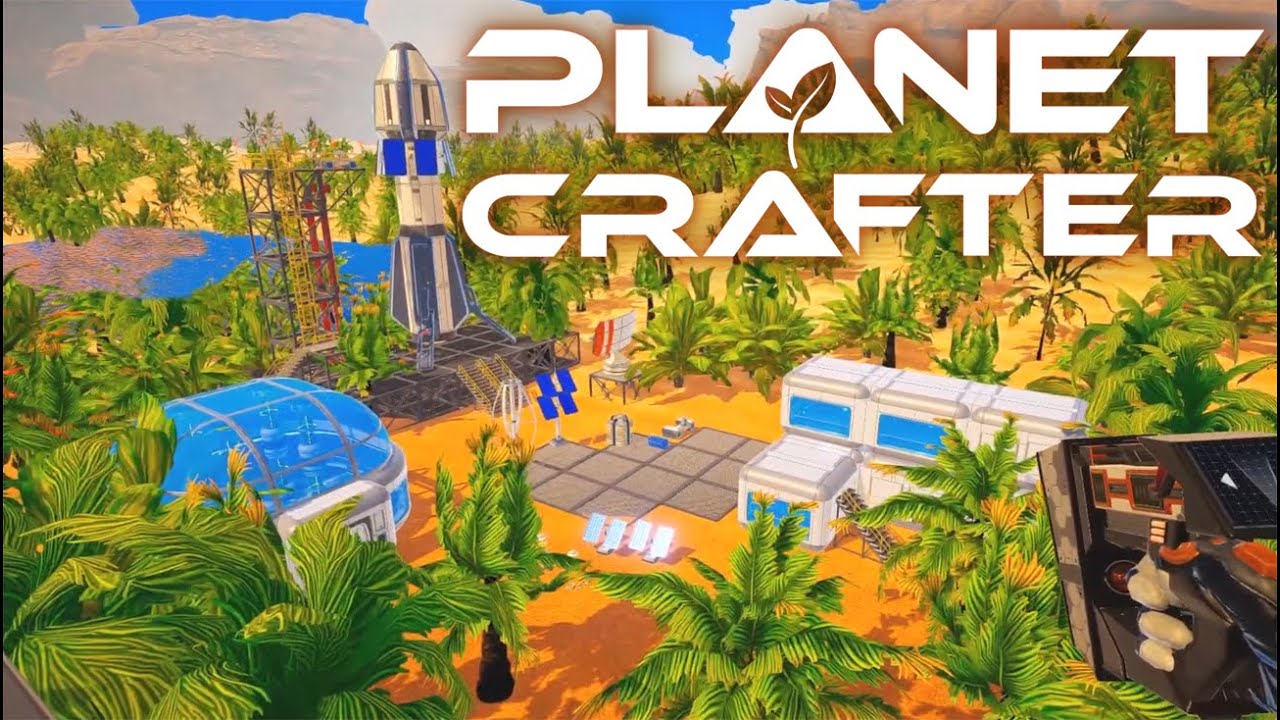 The Planet Crafter, like many space-based survival games, is a sophisticated and challenging game. To efficiently achieve their aim of terraforming a lifeless planet into one appropriate for a colony, players must keep track of and accomplish a lot of things. At first, such a fantastic feat appears simple, but as players proceed, they will discover that it is a difficult task. They will face numerous difficulties and make numerous blunders, many of which will prove costly.

In The Planet Crafter, players can make a variety of mistakes, although some are more common than others. These are common errors made by players on their first playthrough. Many are minor errors that may be readily corrected, while others can be extremely harmful to a player's growth. Players must be aware of these common missteps, regardless of their severity, as they will halt terraforming attempts. So, here are some common mistakes made in The Planet Crafter, as well as how to avoid them.

Are you looking for fabric? Here is how to get fabric in The Planet Crafter.

The Planet Crafter is set in a wide and diverse universe with plenty to see and do. Players can explore a variety of unusual locales, derelict wreckages, and abandoned bases. They could spend hours scouring the map for new spots to explore. This is not only entertaining and intriguing, but also beneficial. Players can collect various resources as they go over the globe, which will help them in their terraforming endeavours. Despite this, players frequently shun exploring for a variety of reasons.

In reality, travelling through a barren and brutal wasteland is not without risk. If players do not keep track of their oxygen, food, and water levels, they risk dying. Many people are put off from heading out into the world because of this risk, at least until they acquire survivability-enhancing gear. While this appears to be sound logic, gamers can gain a lot from exploring the world. Exploring is risky, but the benefits outweigh the dangers as you attempt to terraform the world. Players should travel the world and harvest any resources they can after establishing terraformation machines and a base.

As is typical of survival games, the Planet Crafter relies mostly around acquiring resources. All of a player's efforts and progress toward the objective of terraforming the planet are based on this procedure. However, when obtaining resources, players must also consider the management of those resources. Players must consider and choose how to use the items they gather. This is a sensitive procedure that, if not handled properly, can lead to players becoming too cautious or wasteful with their resources.

Resource management must be balanced, or else players will waste their resources. A player's progress toward terraformation will be slowed if they hoard resources unnecessarily. Meanwhile, squandering minerals will lead to players making irrational decisions that will impede terraformation. Rather than squandering resources or acting rashly, players must plan ahead and allocate them to worthwhile projects. This approach requires patience and temperament, but it pays off in the long run, especially when dealing with valuable commodities like Osmium. After all, The Planet Crafter's pace is more akin to a marathon than a sprint.

The ability to construct bases and other structures is one of The Planet Crafter's most appealing features. Players can create numerous structures and devices wherever they choose on the world, allowing them to express their creativity and inventiveness. It's an exciting process that players will most likely start right away. Many players, however, overlook one critical component when constructing structures: the planet's terraformation. The world will ultimately see the return of water as it becomes more friendly thanks to the player's diligent efforts.

Lower parts of the planet will be inundated as a result, turning barren depressions into enormous lakes. If players build too low, everything they've built will be flooded and rendered useless. The only option for players is to relocate flooded structures and machines. This error will not only cost players a lot of time and effort to fix, but it will also drastically slow down their terraforming efforts. If players want to avoid making this costly mistake, they should construct high up where water cannot reach.

The Planet Crafter's structures and machines are technical marvels unlike any other. They are capable of incredible accomplishments such as changing the world into a viable and habitable environment for future inhabitants. Despite their technological achievements, these future structures and robots are powerless without a reliable power supply. Everything will become inert if the energy demand surpass the quantity of power available. This idleness is dangerous to players and can be fatal if not addressed quickly.

It's as simple as ensuring that there are enough power sources to match energy demands to avoid this problem. Despite this, many gamers do not consider energy until there is a power outage. After that, players must hustle to obtain the materials needed to construct power sources before returning to their previous task. This is a time-consuming and easily preventable process. As a result, players should develop a Power Display Screen to track their energy usage and prepare enough of power sources ahead of time.

Storage Crates are containers that may be found all across The Planet Crafter's planet. These receptacles contain a range of rare resources depending on where they are found, but they are all random. At the start of the game, players will have to rely on Storage Crates as their only food source until Food Growers become accessible. These containers, however, should only be used during the introductory time and should not be used as a player's major source of resources.

Many players rely heavily on Storage Crates since they are such a useful and easily available source of materials and other items. This appears to be helpful since it reduces time and effort in gathering resources, particularly food and water. Storage Chests, on the other hand, are unreliable since they are unsustainable and unpredictable. These containers can help players, but they should not be used as the only or primary source of commodities. Players should instead rely on machines for the majority, if not all, of their resources.

The Planet Crafter: How to Get Fabric
Apr 7, 2022 by Alex Wright

Journey to the Savage Planet gets Old Game Minus mode
Mar 13, 2020 by Nova