5 Arcade Games With The Best Lore 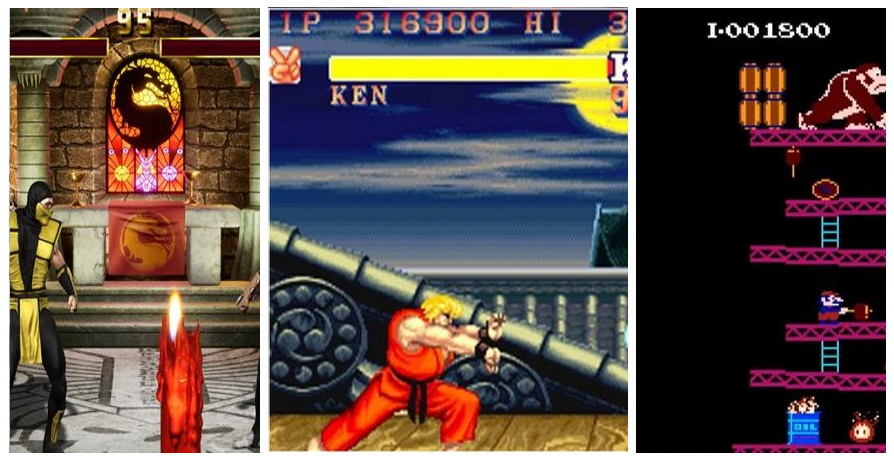 People usually associate lore with role-playing games or adventure games. However, in the 1980s, there was a period known as the Golden Age of Arcade Video Games, during which a good number of games had narratives, settings, plots, and characters.

True, most arcade games were simply shooting or sports games with little to no backstory. Designers saw a chance to add more backstory and complexity to their titles when consoles brought these famous stand-up arcade games home, and lore improved even as the Golden Age of arcade games drew to an end.

The concept and storyline are based on Bruce Lee's classic film Enter The Dragon, about a group of skilled warriors who are invited to a remote island estate. By introducing gods, parallel realms, and magical abilities into the mix, the story of this arcade game incorporates mystical and fantastical aspects. Only a tiny handful of brave warriors can stop the wicked wizard Shang Sun and his forces from gaining entry to the world of Earth until they win 10 Mortal Kombat tournaments in a row.

Everyone knows Dragonslayer as the arcade game that resembled an animated film. On the design side, it was a Don Bluth effort, and it was released by the appropriately called Cinematronics. Even if it wasn't the most innovative or complicated plot ever written, it had the mythology to match a knightly legend, and there's a lot of conscious sarcasm involved, which wouldn't work in a movie but works well in a computer game.

The protagonist, Dirk the Daring, is tasked with storming an enchanted castle in order to save his lady love, Princess Daphne, from a dragon. That's all there is to it, yet it was enough to start a franchise that is still going strong. In 2020, Netflix authorised a live-action film adaptation, featuring Ryan Reynolds in the starring role.

Before the Street Fighter franchise, there were fighting games with complicated characters and backstories, but none of them had a narrative. The first game in the franchise centred almost entirely on the characters, while the sequel incorporated a plot with more stakes, not just for the protagonist but also for the villain's attempt to take over the world.

M. Bison, the wicked leader of the similarly nefarious Shadaloo organisation, has a scheme for world dominance that begins with an international combat tournament to recruit the world's top warriors. When Ryu, the main character, is drawn to the tournament in search of a new challenge, he has dedicated his life to perfecting his Shotokan Karate skills.

TRON was about the inner workings of a computer, and a huge part of it was a video game, so when stand-up arcade games first appeared, they adopted the same characters and narrative, and even expanded on it. The player controls TRON, the primary character, although there was also a two-player version, like with other stand-up games.

TRON is a video game franchise with numerous instalments, the first of which was published in 1982, the same year as the film. It contained recreations of the games shown in the film, such as the notorious speeder motorcycles and discus sequences. There was a sequel, Discs of TRON, but it wasn't as well received, and after that period, all games in the franchise were ported to home consoles.

Mario's visage has become a symbol for "video game" in recent years, and it all began with Donkey Kong. This was the first time gamers witnessed Mario and Kong, his deadliest opponent, fighting at a damsel in distress building site. Her name was Pauline at the time, and her lone line of dialogue was "Help!"

Donkey Kong's attraction was from the tale that emerged as the levels advanced, and it was one of the few games with this feature at the time. Although DK was cast as the villain, his tale was always sympathetic and anticipated his trajectory as a hero in subsequent games, and the storyline was influenced by Beauty and the Beast and King Kong.

yes those games were best in 90's even still many people are stimulate with this games. pinball other racing arcades are in best choice of people & gaining popularity

usually Mortal was there point. Many from us are used to play mortal in spare time. just embellish the chair & just down sit which make us enable to play with higher interest. Streets were filled up with the craze of arcade at that point of time.
You must log in or register to reply here.

Mortal Kombat 11 Developer Diagnosed with PTSD due to Graphic Violence
May 9, 2019 by Alex Wright