38 days when Britain sleepwalked into disaster

It was a big day for Johnson and there was a triumphal mood in Downing Street because the withdrawal treaty from the European Union was being signed in the late afternoon. It could have been the defining moment of his premiership — but that was before the world changed. That afternoon his spokesman played down the looming threat from the east and reassured the nation that we were “well prepared for any new diseases”.

The confident, almost nonchalant, attitude displayed that day in January would continue for more than a month. Johnson went on to miss four further Cobra meetings on the virus. As Britain was hit by unprecedented flooding, he completed the EU withdrawal, reshuffled his cabinet and then went away to the grace-and-favour country retreat at Chevening where he spent most of the two weeks over half-term with his pregnant fiancée, Carrie Symonds.

It would not be until March 2 — another five weeks — that Johnson would attend a Cobra meeting about the coronavirus. But by then it was almost certainly too late. The virus had sneaked into our airports, our trains, our workplaces and our homes. Britain was on course for one of the worst infections of the most deadly virus to have hit the world in more than a century.

Last week, a senior adviser to Downing Street broke ranks and blamed the weeks of complacency on a failure of leadership in cabinet. In particular, the prime minister was singled out.

“There’s no way you’re at war if your PM isn’t there,” the adviser said. “And what you learn about Boris was he didn’t chair any meetings. He liked his country breaks. He didn’t work weekends. It was like working for an old-fashioned chief executive in a local authority 20 years ago. There was a real sense that he didn’t do urgent crisis planning. It was exactly like people feared he would be.”
Click to expand...

An investigation has talked to scientists, academics, doctors, emergency planners, public officials and politicians about the root of the crisis and whether the government should have known sooner and acted more swiftly to kick-start the Whitehall machine and put the NHS onto a war footing.

They told us that, contrary to the official line, Britain was in a poor state of readiness for a pandemic. Emergency stockpiles of PPE had severely dwindled and gone out of date after becoming a low priority in the years of austerity cuts. The training to prepare key workers for a pandemic had been put on hold for two years while contingency planning was diverted to deal with a possible no-deal Brexit.
Click to expand...

An adviser to Downing Street with extensive knowledge of Britain’s emergency preparations — speaking off the record — says their confidence in “the plan” was misplaced. While a possible pandemic had been listed as the No 1 threat to the nation for many years, the source says that in reality it had long since stopped being treated as such.

Several emergency planners and scientists said that the plans to protect the UK in a pandemic had once been a top priority and had been well-funded for a decade following the 9/11 terrorist attacks in 2001. But then austerity cuts struck. “We were the envy of the world,” the source said, “but pandemic planning became a casualty of the austerity years when there were more pressing needs.”

The last rehearsal for a pandemic was a 2016 exercise codenamed Cygnus which predicted the health service would collapse and highlighted a long list of shortcomings — including, presciently, a lack of PPE and intensive care ventilators. But an equally lengthy list of recommendations to address the deficiencies was never implemented. The source said preparations for a no-deal Brexit “sucked all the blood out of pandemic planning” in the following years.
Click to expand...

A senior department of health insider described the sense of drift witnessed during those crucial weeks in February: “We missed the boat on testing and PPE . . . I remember being called into some of the meetings about this in February and thinking, ‘Well it’s a good thing this isn’t the big one.’

“I had watched Wuhan but I assumed we must have not been worried because we did nothing. We just watched. A pandemic was always at the top of our national risk register — always — but when it came we just slowly watched. We could have been Germany but instead we were doomed by our incompetence, our hubris and our austerity.”
Click to expand...

Towards the end of the second week of February, the prime minister was demob happy. After sacking five cabinet ministers and saying everyone “should be confident and calm” about Britain’s response to the virus, Johnson vacated Downing Street after the half-term recess began on February 13.

He headed to the country for a “working” holiday at Chevening with Symonds and would be out of the public eye for 12 days. His aides were thankful for the rest, as they had been working flat out since the summer as the Brexit power struggle had played out.
Click to expand...

By Friday, February 28, the virus had taken root in the UK with reported cases rising to 19 and the stock markets were plunging. It was finally time for Johnson to act. He summoned a TV reporter into Downing Street to say he was on top of the coronavirus crisis.
Click to expand... 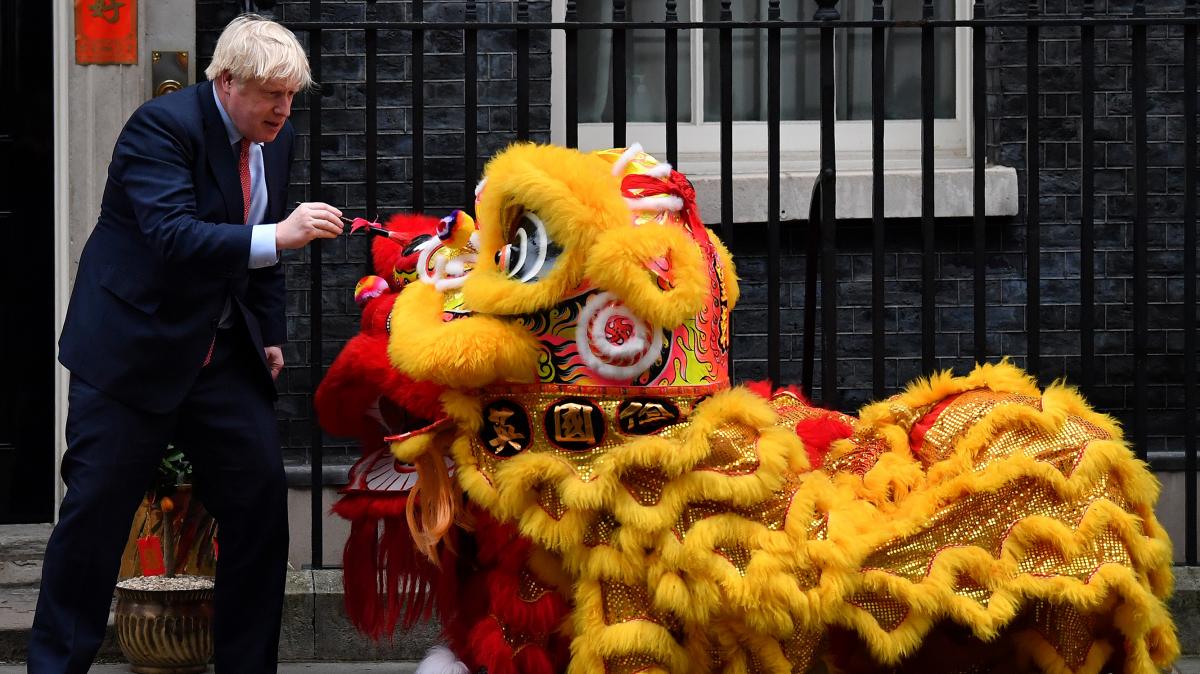 On the fourth Friday of January a silent and stealthy killer was creeping across the world. Passing from person to person and borne on ships and planes, the coronavirus was already leaving a trail of bodies.The virus had spread from China to six countries and was almost certainly in many others. Sen

www.thetimes.co.uk
You must log in or register to reply here.

You Clap for Me Now: the coronavirus poem on racism and immigration in Britain
Apr 15, 2020 by Maddox