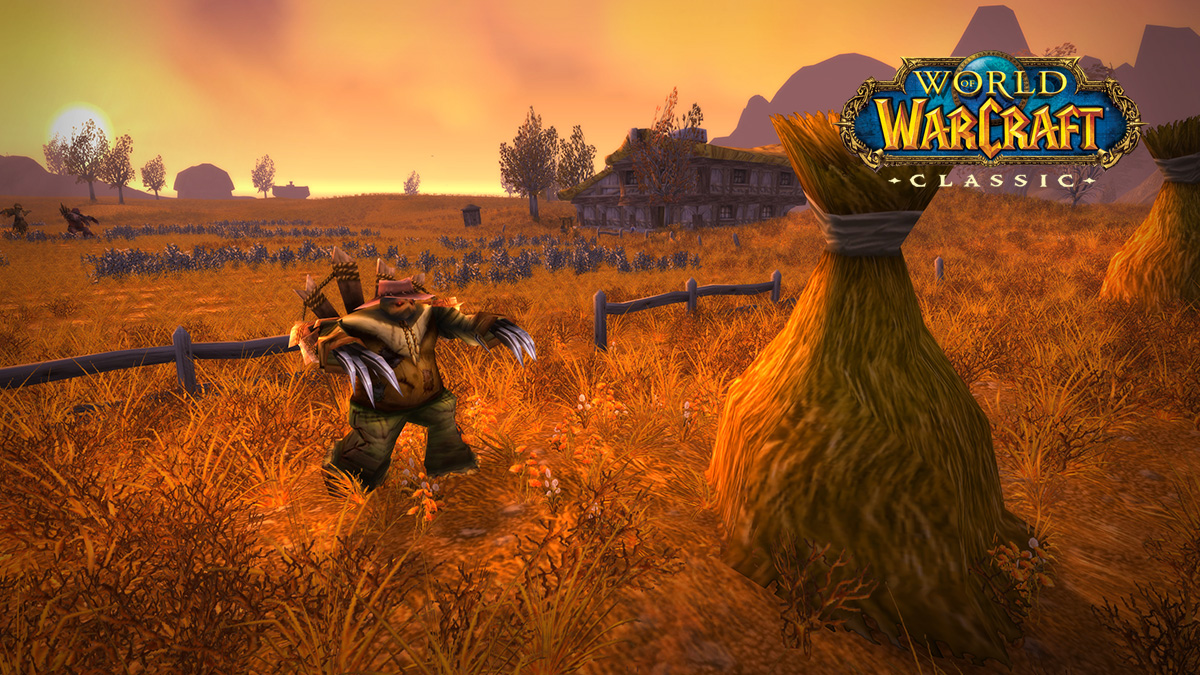 It's been 18 years since World of Warcraft rose to prominence and gave MMORPGS a shot in the arm. Many of the techniques and concepts featured in this classic game have had a lasting effect on other games.

Blizzard has built servers and reinstated the classic vanilla version of World Of Warcraft for users to enjoy according to popular demand. Although certain things have changed, some of the old tips and methods remain and may save players a lot of time and aggravation.

Going on quests is arguably the single best way to get experience rapidly. Grinding monsters can help every now and then, but if you want to level quickly, you should focus on fixing other people's concerns.

Quests not only give the fastest way to level, but they also provide a lot of other advantages that plain grinding or farming do not. Unique equipment, plenty of gold, and the chance to meet new people. Just be aware of extended lineups for some quest-related monster spawns.

2. Make Use Of Rested Experience​

Making it a habit to visit an inn before you log out for the day will ensure you get that experience bump the following time you log on. Make it a practise to visit inns if you need to be in the vicinity for merchants or crafting goods.

Weapon Proficiency is a particular skill associated with each weapon in the game. This is essentially a measure of your character's proficiency with a weapon depending on how long they've been using it. It is strongly advised that you specialise on a single weapon while keeping your other skills balanced.

The reason for this is that if you gain the greatest axe in the game but lack expertise with it, the axe will be essentially worthless. If you come into a powerful epic, you should definitely concentrate in one weapon, but make sure you know how to utilise others as well.

4. Travel With A Hearthstone​

The hearthstone was used in the early days of World of Warcraft to instantaneously move your character to a selected area. Smart players would put their hearthstone in a quest centre or inn and then utilise it to instantly return there.

Running around the area, evading opponents, turning in tasks, and picking up new ones saves a lot of time. It's strongly advised that you choose a location like Crossroads or another region with a lot of missions to grind; this will save you a lot of time and drastically accelerate your progress.

In this game, gold is king, and obtaining big amounts of it is difficult. Enemy drops are few in gold, and many items are costly. When you reach level 40, you'll have access to the game's mounts, which are creatures you may ride to boost your movement speed and save time when grinding quests.

It is in your best interests to have one, yet they are prohibitively expensive. The talent itself is worth 100 gold, and increasing it to 60 is worth a thousand. This is a large amount of currency that demands a lot of grinding in Classic. So cut back on your spending and start saving.

Increasing the amount of storage you have for hauling objects you find is one approach to speed up your gold-making process. Classic has a limited amount of inventory space, so you'll need as many squares as you can acquire because each object you pick up is a source of money.

Purchase bags to expand your storage capacity. They'll just set you back a few silvers and provide you a rapid return on your investment. Make it a habit to set money down for bag upgrades, and you'll be well on your way to riding a ride one day.

There may be moments when you run out of room and need to leave something behind, no matter how many bags you buy or improve. Creating a bank alt is a nice tactic that many players discovered early on.

Bank alts are characters whose primary job is to sit outside a bank and collect stuff that have been left for them in the mailbox. You can deposit those goods in a bank or place them in the mailbox, where they will remain for 30 days before being discarded. It will save you a lot of time and inventory space if you level up a secondary character and place them outside a bank.

This is especially crucial for gamers who are switching to Classic after years of playing the contemporary version. Your character's health pool is little, and it takes a lot of effort to replenish it; health regeneration is rare in this game, and you'll frequently find yourself on low health.

Ensure that you obtain the First Aid profession and begin storing bandages and linen. This will speed up your recovery time and save you a lot of gold in the long run. Many fans believe that this occupation is required for everyone who want to compete in the endgame.

The classic edition of World of Warcraft differs from the updated version in that your class is incredibly adaptable to any situation. Characters in the previous edition were designed to be members of groups and play certain roles.

Consider it more in the vein of Dungeons & Dragons, and you'll get the idea. A Paladin isn't designed to be able to tank, do damage, and heal all at the same time; instead, they're expected to focus on one of those tasks while someone else performs the others. Remember this while selecting your class, specialise in that role, and you'll be ready for the endgame.

When playing World of Warcraft Classic, this is perhaps the most critical tip you can use. The majority of your endgame time will be spent grinding epic raids, with the larger raids requiring 40 party members to finish.

That's 40 players who must each grind missions for keys, sign up for a raid, commit to their responsibilities, and stick to them during the raid. With strangers, this is practically difficult, so joining a guild and forming relations with at least 40 individuals you can trust will save you a lot of time and aggravation.

Good run down! I played WoW from Vanilla until BfA(ugh) and this post brought back some awesome memories.
You must log in or register to reply here.