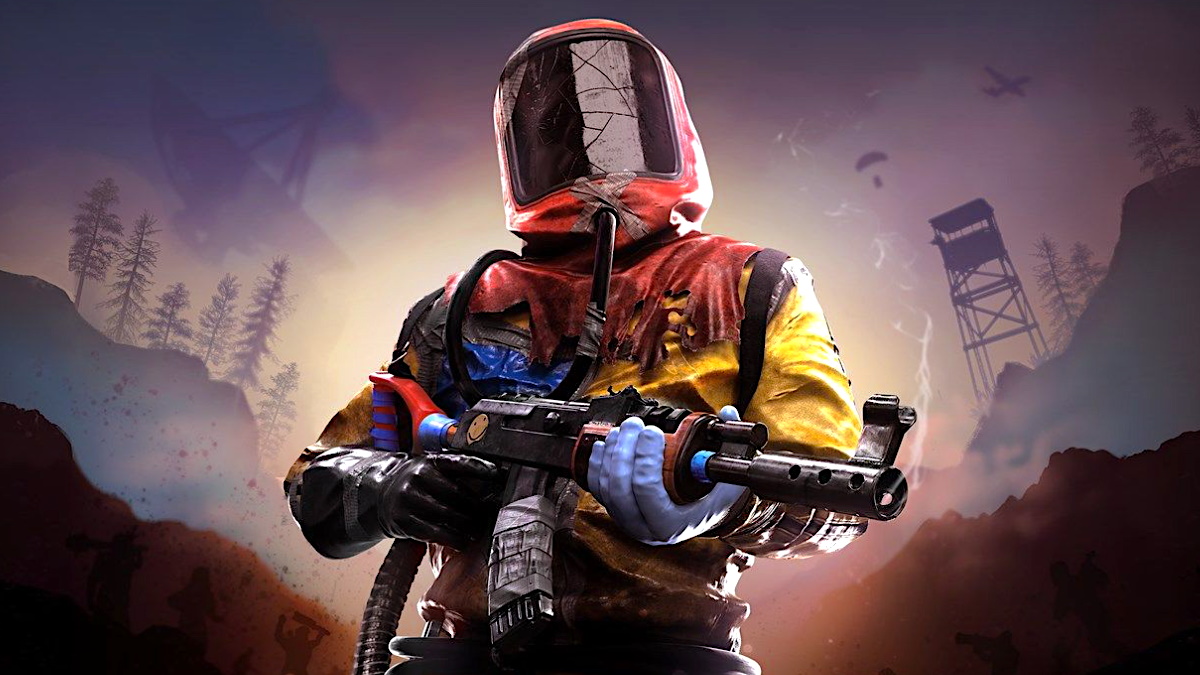 Rust's world is deadly, and players who aren't careful will be murdered in a heartbeat. Many players in Rust opt to band up with others in order to protect themselves from hostile NPCs and vicious gangs of other players while striving to live. It is much simpler to keep an eye out for additional hazards and to be safer in the long term when you are in a larger group.

The main difficulty is that some gamers don't know anyone else who wants to play with them, or they've joined a server where they can't locate a group of people who share their interests. In this situation, the player will have to do it alone and try their hardest to survive in this hostile environment. However, the player will need to use different approaches and strategies than if they were playing with a group of other players. This tutorial will teach players how to survive in Rust on their own.

Are you just starting out? Here are 8 top survival tips for Rust beginners.

While it may seem counterintuitive not to build a base to store more items right away, for a lone player, this might be a waste of time and money. Keep an eye out for mainly undamaged bases that have previously been raided while trying to grab some stuff in the early hours of the game. The player may then repair them for a modest fee and install their own bedroll in which they can resurrect if they die. The user may then gather any surrounding resources in order to build their own base precisely where they want it.

When a player first decides to create their own home, they will not want to build anything expensive. The ideal option is to construct a foundation that is as tiny as possible while yet being safe enough to contain all of the players' belongings. Even if the player has enough resources to create a good big base at this stage, they should wait until they have all of the resources necessary to construct something capable of shielding them against well-equipped opponents. A larger base will be easier to raid, but a smaller but more sturdy base will be simpler to defend against the smaller groups of people it will attract.

3. Stay Away From Populated Areas​

One of the most common mistakes new players make in Rust is to spend too much time around the spawn region or near map monuments. These are areas where a big number of people will assemble, and hostile groups will most likely establish bases. Instead, solo players should escape as far away from these regions as possible to avoid being pursued by roaming gangs of gamers. It would even be a good idea to hurry up and construct some quality clothes before heading to the icy side of the area, where there will be less players.

4. Always Be Prepared To Fight​

This goes hand in hand with treating everyone as hostile, but players should be ready to fight at all times. This implies that before venturing out in search of resources or food, players need make sure they are well-equipped to deal with whatever is thrown at them. Before going out exploring, players will want to have a close-up melee weapon, a ranged weapon, many healing supplies, and even some armour. Some gamers will simply slaughter whatever they come across, so be prepared when out in the wild.

5. Do Not Fight Large Numbers​

Half the pleasure of Rust is killing other players for their treasure, but solitary players will only fight if they are confident they can win. If the player has excellent weaponry and armour, a one-on-one or one-on-two combat isn't a major concern, but even well-equipped players should avoid choosing a fight with their whole squad. When a player is vastly outnumbered, the only time they should fight is if they are actually defending their base or have no other option. Raiding bigger bases alone is a nightmare waiting to happen.

6. Play During The Night​

Those who genuinely don't want to get into a confrontation with someone should just avoid interacting with other players altogether. Choosing to forage at night rather than during the day is an extremely simple approach to do this. Because most players spend their nights manufacturing or strengthening their base, a wise player will have plenty of time to explore the world and gather whatever they require. If the player has to use a torch, caution must be exercised because the light may attract any nearby hostiles.

7. Go Cannibal If You Need To​

As a lone player, finding consistent supply of food in the early hours of a game might be tough. Farming will take up way too much of the player's time, and it's quite probable that another player will steal the crops they've worked so hard to grow. Hunting other animals is a good approach, but when you're hungry, you don't have time to find a deer or pig. In many cases, killing and harvesting sleepy or helpless players and their flesh is the greatest choice. Players should take advantage of the many AFK players who may be spotted around the beach or resting on the ground.

8. Consider Everything To Be Hostile​

The first thing players should remember is that every monster or player they encounter should be regarded as a hostile opponent. While not every player in the game is a murderous psychopath, they all have the capacity to be. This implies that a lone should never put their faith in another player until they've settled down and are confident in their ability to protect themselves if someone turns against them. The gamer may assure that they will live for much longer by seeing everything as hostile.

9. Be Courteous To Nearby Players​

While the player should consider everyone in their local vicinity to be hostile, this does not imply they should murder everyone they see. Anyone who sets up business near a player's home base, on the other hand, should be considered a possible ally or at the very least someone to avoid. If the player decides to begin raiding and killing local residents, they will rapidly make enemies who know where they dwell. Only attack those who live further away, and once players have established in, they can try to make friends with those that live close so they can trade with them.

10. Anything You Take Outside Of The Base May Get Lost​

The most important piece of Rust advise is that anything you have on you after leaving your base should be considered lost. Because the environment is so hazardous, it is quite probable that an adversary may kill the player and loot their body, players should only carry items that they are ready to part with permanently on their person. Have you recently purchased high-quality weaponry or armour? Bring them along only after a second pair has been secured in a locked box at home. Deaths will be far less aggravating as a result of this.

10 Beginner Tips for Nobody Saves The World
Jun 9, 2022 by elegantizeproductions