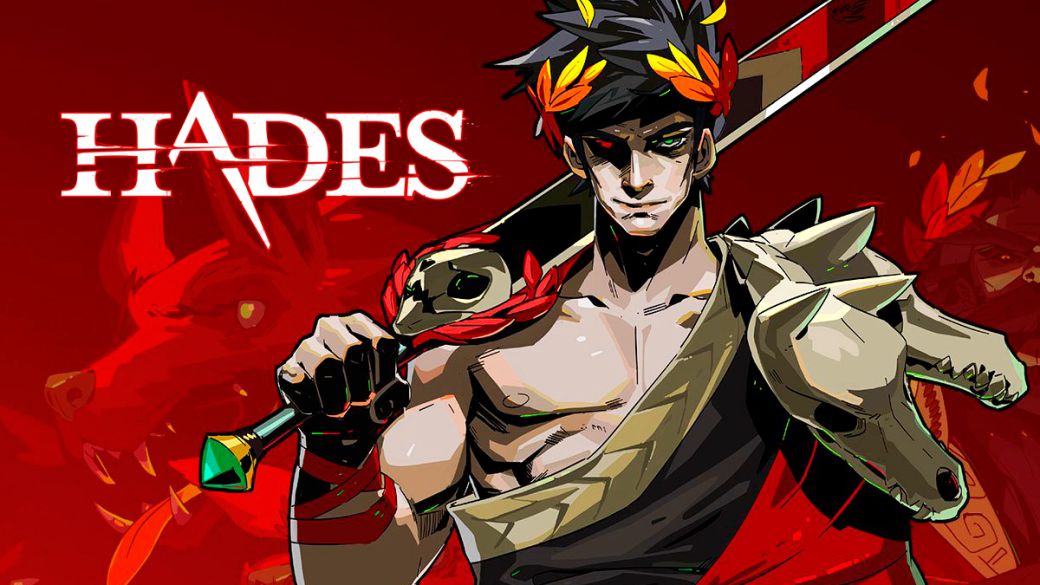 The roguelike ARPG Hades from independent studio Supergiant Games was one of the major success stories of 2020. Hades was welcomed with widespread critical praise and a big fanbase once it was released out of early access in September. Hades, which won numerous accolades at the Golden Joystick Awards and the Game Awards 2020 for its emphasis on story, helped the roguelike genre gain widespread notice.

While the player will frequently perish in Hades, they will also acquire boosts, riches, and weaponry, making following runs easier. The roguelike genre is defined by this dynamic, as well as the usage of randomly generated chambers and monsters. While Hades has clearly emerged as the genre's new face, there are a slew of amazing indie roguelikes that gamers should not overlook.

Fans of Hades should check out Dead Cells, an indie roguelike with a fighting system similar to Hades. Dead Cells is sometimes referred to as a "roguevania," as it blends randomly generated levels and permadeath features from roguelikes with action-platforming aspects from Metroidvania titles. Players take control of a clump of cells that may occupy the body of a prisoner in order to battle their way out of a dungeon in this 2018 game. Dead Cells, like Hades, has a strong focus on combat techniques like evading and pattern recognition.

Dead Cells is possibly more severe than Hades. Dead Cells is a fast-paced game with a concentration on twitch gaming and combinations, with just a few small advancements that carry over across plays. Players who aren't careful can easily die after a few hits and be forced to restart their run. Dead Cells, on the other hand, has a considerably stronger progression value than Hades, and players will get a lot more out of replays despite the game's restricted tale. Dead Cells is an excellent roguelike for those who loved Hades' battle system but want a more difficult challenge.

FTL: Faster Than Light, released in 2012 with Binding of Isaac, helped popularise the genre in the indie community by combining typical roguelike gameplay mechanics. FTL is a game that puts players in command of a starship and its crew while dodging a pursuing rebel fleet. It is based on tabletop board games. Engines, weaponry, shielding, med bays, and other systems of the spacecraft need players to micromanage successfully while traversing through randomly generated waypoints. The starship will obtain more crew members, money, and improvements over time, but if the player loses in combat, they will lose all of their accomplishments and will have to start over.

FTL incorporates tactical warfare, managerial mechanics, and a sci-fi backdrop, in addition to roguelike aspects. This unique combination of genres has aged elegantly, and no other roguelike game feels like FTL to this day. It's punishing in terms of difficulty, but if players master the game's fundamentals, it's highly rewarding. FTL, like the Dark Souls games, needs patience and a learning curve from players, but if they learn from their mistakes, they will be rewarded handsomely. FTL is an excellent place to start for Hades lovers seeking for a more harder roguelike with a learning curve.

Spelunky was one of the first games to include roguelike features in a side-scrolling platformer when it was published in 2008. Players control a cave spelunker who collects treasures, fights adversaries, and saves damsels in distress while exploring randomly created caves. Despite the fact that Spelunky isn't as challenging as other roguelikes, it still has frequent fatalities, no checkpoints, and a focus on mechanism discovery. Spelunky 2 was launched in 2020, and an improved version of the game was released in 2013.

While the first Spelunky is a terrific game, it's probable that Hades aficionados will appreciate the sequel even more because of the addition of backstory and character backstories. Spelunky, on the other hand, distinguishes itself from Hades by focusing on platformer gameplay. To emphasise the platforming aspects of the game, much of the game revolves around avoiding traps, and the combat is very basic. In terms of gameplay, Spelunky is more analogous to the Super Mario series' physics. Spelunky is one of the greatest roguelike series, and Hades fans will probably appreciate the advancement system and backstories.

Children of Morta is the best choice for Hades lovers searching for a more story-driven roguelike with rich lore. Players must assist a full family of heroes known as the Bergsons in overcoming a supernatural entity known as the Corruption. Players gain additional family members as they continue through the game, each with their unique playstyles, and the family must journey through randomly created dungeons, battling foes and bosses along the way.

Children of Morta's narrative experience is one of the game's most intriguing characteristics. Not only do players get to see narrative alterations and conversation at the conclusion of their plays, but there are also procedural narrative events that can provide varied storylines depending on how many times they play. Each Bergson family member has a unique tale to tell, which adds to the overall narrative arc. Children of Morta is one of the few roguelikes with a fully fleshed-out universe and plot, in addition to sidequests. Children of Morta will appeal to Hades fans, especially if they loved the focus on the tale.

Binding of Isaac, which was first released in 2011, is possibly the most influential indie roguelike, having sold over 5 million copies and reignited interest in the genre. Players control and manoeuvre the PC Isaac as he battles his way through a monster-infested cellar after overhearing his mother's plan to sacrifice him, which is based on the biblical account of Isaac. Players acquire powerups and equipment in order to combat monsters and bosses in randomly created dungeons inspired by the original Legend of Zelda game. The roguelike nature of Binding of Isaac encouraged multiple playthroughs and provided players with the opportunity to gradually improve over time.

Risk of Rain 2 is everything a sequel in today's game business should be. The game has seen significant upgrades throughout the board, and the roguelike action is a delight.

The sensation of growth is masterfully handled, neither overwhelming the player early on or becoming unjust as the game nears its conclusion. It's a fantastic game that Hades lovers should certainly check out.

Enter the Gungeon is a fast-paced roguelike that deserves all of the praise in the world for being so unabashedly entertaining. Given how much may happen on the screen at any given time, the game nearly feels like a bullet-hell shooter at moments.

Obtaining superior weaponry and bombing the opponent is always enjoyable. Enter the Gungeon deserves a lot of praise for its captivating gameplay loop, and more people should play it.

Darkest Dungeon is the way to go if gamers want to check out a very challenging turn-based game that doesn't hold back on difficulty. With the sequel now out, this is a great opportunity to revisit the original and acquaint yourself with the challenging gameplay concepts.

The Lovecraftian origins of Darkest Dungeon make it a very fun game, albeit the difficulty curve might take some getting accustomed to. Those who are willing to brave the early storm will be rewarded with a fantastic game.

9. Crypt Of The NecroDancer​

It's a fairly interesting concept to combine rhythm gaming with a roguelike structure. The makers of Crypt of the NecroDancer should be commended for making this concept so enjoyable to play.

It may take some time to get acclimated to the game, but its attractive graphic style and fantastic soundtrack should quickly get gamers into the swing of things. It's a lot of fun to defeat foes while listening to these crazy beats!

On paper, mixing roguelike gameplay with deck management appears to be a strange experiment. As a result, Slay the Spire deserves praise for the inventive way in which it manages to integrate both types of gameplay.

As a consequence, you'll have a highly replayable game that's also a lot of fun to play. Players will have a tremendous collection of powers after a few runs, allowing them to take on even the hardest adversaries in the game.

Roguelikes are turn based, tile based games.
Literally none of these are even playable.

The phrases "games are for everyone" and "this genre doesnt need to be turn based" are mutually exclusive.
read this
M

Does anyone know any F2P roguelike games?

3 day ban
Hades was pretty cool. I wonder if there’s any roguelite games similar to it?
You must log in or register to reply here.

Roguelite vs Roguelike: The Differences Explained
Apr 29, 2022 by Saramaya Slim

The Absolute Games Of The Decade
Dec 9, 2019 by Alex Wright