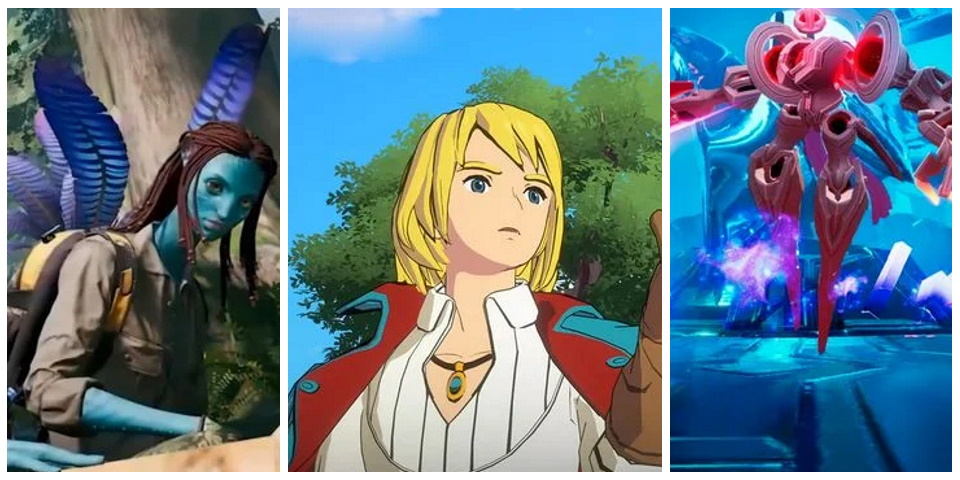 With games like Genshin Impact and Call of Duty pushing the boundaries of what is possible on small handheld devices with a dizzying array of hardware configurations, mobile gaming has come a long way. RPGs are now more than conceivable on mobile phones, demonstrating their quick progress as a portable gaming platform.

In the same way that several major and juicy titles are anticipated for that year on larger gaming platforms, 2022 delivers many pleasant surprises and offerings for gamers throughout the world. However, mobile gamers have a problem: limited storage capacity. Knowing which huge RPGs will be released in 2022 can assist a lot with pre-allocating storage space for them. These are the ones to look forward to.

If you're looking for anything that isn't anime or Gacha, look no further. Then this one-of-a-kind hybrid shooter-MMORPG should be a welcome change of pace. It's a mobile game that will ideally be launched before the sequel to James Cameron's acclaimed Avatar film franchise.

Avatar: Reckoning allows users to create their own Navi likeness in the game and explore Pandora. They can also equip weapons and the Navi tribes' indigenous armaments to be on the safe side. With some plot and cutscene-heavy material, the game appears to be following an open-world MMO style.

Genshin Impact had best be careful, since this Gacha game is vying for the title. Tower of Fantasy is a Chinese developer's forthcoming open-world RPG that may be described as a sci-fi version of Genshin Impact. It also has Gacha mechanisms, in which players must wager real money or in-game cash in order to obtain the characters or weapons they desire.

It does have certain advantages than Genshin Impact, such as the ability to customise your character straight away. The plot is likewise post-apocalyptic, with dramatic narrative. Unfortunately, it appears that the game's makers have cancelled the game's worldwide English release, but with the use of a VPN, anybody may still download the fully published game in 2022.

Blizzard's introduction of Diablo Immortal was one of the most divisive in the company's history, but the project was kept alive, especially after the popular but tumultuous release of Diablo 2: Resurrected. It's a side narrative about angel and demon offspring striving to defend their mortal earth from the Prime Evils of Hell.

The plot is, of course, simply icing on the cake. The main meat is in the gameplay and loot roulette, in which players kill millions of monsters for a chance to obtain the most dazzling things concealed in their entrails. It's essentially a violent piata game with the adrenaline thrill of a gambling simulator.

Roco Kingdom may appear to be another Breath of the Wild clone, but it's more of a Pokemon game in which players capture wild animals and train or collect them. To that end, it resembles Pokemon Legends: Arceus the most.

Because Arceus is only accessible on Nintendo Switch, it could be superior. Again, there are little specifics about this Tencent game, but based on the teaser, the visuals appear stunning and even match popular next-gen titles. According to rumours and translated press statements from the publisher, the film will be released in 2022.

With their Disney Mirrorverse game, Disney is now demonstrating how powerful the mobile gaming platform can be. It's one of the most anticipated mobile releases of 2022, since it's a game that brings together some of Disney's most iconic and well-known characters in an epic team-based struggle against evil.

Players may play as their favourite childhood characters like Sully from Monsters Inc. or Baymax from Big Hero 6. To that aim, it functions similarly to a MOBA, with the exception that the game promotes itself as an RPG with several modes and options for players to customise their favourite characters.

In the world of isometric action RPGs, Torchlight: Infinite is ready to take on Diablo Immortal in 2022. Both games are now undergoing testing, with a release date set for 2022. Torchlight: Infinite picks off where the previous steampunk fantasy games left off by fast forwarding 200 years into the future.

The entire globe has improved in terms of technology, and this is mirrored in the classrooms. Again, the game plays out like a Diablo clone, with players completing the plot in order to collect more treasure by the endgame and increase their chances of obtaining more expensive things.

This implies additional depth and variation in the gameplay. At the time, details are scarce, although the playable characters are recognised faces from the anime. It's unclear how the RPG aspects will be implemented or what the gameplay loop will entail, but the project appears to be ambitious anyway.

Ni no Kuni: Cross Worlds is a large game that will be launched in 2021, however it will only be available in Japan. The publishers are now aiming for a global release in Summer 2022, according to reports. That should arrive somewhere between June and September, which can't come fast enough considering this is one of the most beautiful and relaxing RPGs on mobile.

Anyone can be won over by the Ghibli-themed animations and images. The game is story-driven and features all of the trademarks of classic MMORPGs, however it appears to have been made more mobile-friendly.

Apart from the Remake having a PC version in 2021, Final Fantasy 7 is also getting a spin-off game for mobile phones called Final Fantasy VII: Ever Crisis. Ever Crisis will use the ancient turn-based combat method, comparable to the original Final Fantasy 7. This is a more conventional approach to RPGs.

Despite this, the aesthetics have been upgraded, and the battle looks are identical to the Remake. That should be enough to persuade some fans to overlook the game's turn-based gameplay. Regardless, Ever Crisis follows the narrative of Cloud Strife and his motley crew of eco-terrorists as they battle the powerful Shinra power corporation and uncover their dark secrets.

It's a real-time MMORPG with a lovely Pixar-esque graphic style that will undoubtedly appeal to a wider audience. The aesthetics are comparable to those of Genshin Impact, and the gameplay appears to be that of a standard MMORPG with a few extra features. Those hoping to profit from freshly released P2E games should keep an eye on it.
Click to expand...