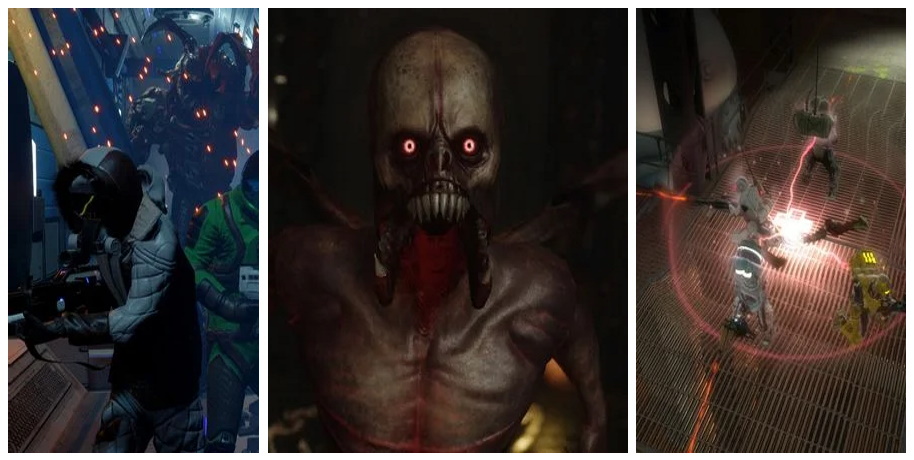 Many of the genre's most well-known titles and franchises began life as free-to-play independent games, which have benefitted more than others from the rapid development of online gaming. Because Flash games are no longer available, Steam has become one of the finest sites for indie game creators to promote their work, owing to the platform's enormous scale.

This clearly benefits users as well, guaranteeing that there are always a plethora of new free-to-play titles available to be discovered on Steam. Horror game fans are particularly well-served in this area, with an ever-increasing number of terrific free-to-play horror titles available on Steam. Some of the finest are listed here.

Cry of Fear is indisputably one of the better free-to-play games available. It is one of the most popular games of all time for its unique blend of Silent Hill and Half-Life. The game offers a triple-A experience, with an 8-hour campaign and several ending possibilities, as well as a co-op mode and a wide modding community that will leave no one wanting more.

Cry of Fear is a first-person survival shooter based on the notion of Silent Hill's otherworld. While the addition of heavy weaponry may seem to detract from the horror experience, CoF does an excellent job of making the player feel powerless despite their limited resources and the presence of unanticipated horrors around every turn.

No More Room in Hell, which was released on Halloween in 2011, still holds up well today and receives semi-regular updates. It may appear to be simply another zombie survival game at first appearance, but it's one that's full of personality and, owing to its eight-player co-op, a lot of fun to play.

Some may find the graphical design to be a touch too generic to be genuinely frightening, but the sense of being besieged when out of ammo is universally horrifying. With a sequel in the works, now is a fantastic moment to see what No More Room in Hell has to offer, even if it's only to get a taste of what's to come.

After Hours may be a touch rough around the edges in spots, but what it lacks in polish, it more than makes up for in atmosphere. The game's environment and outstanding use of sound may be unnervingly creepy at times, owing in large part to the effort and exquisite attention to detail that went into making it.

After Hours, like many other free-to-play horror games before it, is set in an abandoned hospital. Players must investigate and escape the abandoned facility while being pursued by the unknown thing that inhabits there. Those seeking to live will need to be stealthy and silent, while nothing is assured.

We Went Back's sensations of solitude, which are induced by the game's setting of an abandoned space station, greatly improve the experience and contribute to the game's horrific aesthetic. The pacing is quite sluggish, which may not be to everyone's liking, but it does assist to increase the suspense.

Everything looks excellent for an independent game, and there are plenty of minor elements that add to the game's realism. It is, however, like many other free games, quite brief, clocking in at little under an hour. The time-looping feature, on the other hand, is fantastic, even if the monster that follows the player around the ship is a tad underwhelming.

New Blood's Unfortunate Spacemen was analogous to The Thing as an online party shooter before Among Us swept the multiplayer gaming world by storm. The creators have used the phrase "Among Us with Guns" as a more appropriate descriptor.

Using other titles to describe the game may do it a disservice, given that Unfortunate Spacemen had been in early access on Steam for quite some time before ultimately launching in 2020. While the game is completely free to play, it does include a number of entertaining cosmetic choices for fans who wish to help the development team out a bit more.

Some of the more recent updates to Deceit have undoubtedly cheapened the overall experience, but that's not to say that this asymmetrical multiplayer game isn't still a lot of fun. Baseline did an excellent job balancing the gameplay, making managing one of the infected as enjoyable as playing as a survivor, and vice versa.

The game's mystery environment gives off a dark atmosphere, and the blackout intervals that punctuate the conclusion of each zone add to the tension. Everything happens at a breakneck pace, forcing players to think on their feet, especially when confronted with an infected in terror mode.

"This was produced by a 15-year-old," readers are told in the first line of the Steam description. But don't let that change your mind; this rapidly becomes more of a boast than a cautionary note about what the game has to offer.

With composer Mikko Tarmia (of Amnesia and Soma fame) on board and a lot of real allusions to other legendary titles like Penumbra in terms of gameplay and graphics, The Designer's Curse has quite a bit of recognition. The plot and puzzles are also well-thought-out, and the overall product looks even better when you consider that the creator is half the age of most industry newcomers.

Ginkgo's magic needle mechanic is really fascinating and helps to set the game apart from its competitors. It also allows the developer to include some very interesting puzzles, which frequently need players to think outside the box to solve. However, that is far from the only positive aspect of the game.

The game's East Asian influences contribute a fair share of fantastic monsters and have a significant impact on the game's setting. The sound design is also superb, however there are a few little flaws here and there that detract from the overall experience. However, this is likely to be anticipated with a free game.

There's still no indication on when Dark Fracture will be released in its entirety, but based on the prologue, it seems to be one of the finest free-to-play first-person horror games available on Steam. The images and music work together to create a deliciously creepy mood, and the thought-provoking puzzles add just the proper amount of difficulty.

The prologue, which the creator refers to as a stand-alone game, is intended to offer gamers a taste of what they may anticipate in the complete release. It has its own creepy plot and does a fantastic job of presenting the main character Edward while also easing gamers into the dark recesses of his tormented psyche.

Alien Swarm, Valve's amazing top-down shooter, may be more than a decade old, but it's still as entertaining as ever. Cooperative multiplayer is also included in the game, which is unusual in the free-to-play industry. Of course, considering the developer's size and prominence, this shouldn't come as much of a surprise to gamers.

Alien Swarm doesn't have jump scares or depend on stunning graphics like some of the other amazing free-to-play horror games on Steam, but when an alien swarm closes in around the player's position, it can be rather frightening. In this regard, the game does an outstanding job of building suspense while also rewarding players with pleasant power-ups and weapon drops for their efforts. It's certainly worth a look if you're looking for an excellent horror shooter.

If you enjoyed this article, then give this steam deck guide a read!
Click to expand...