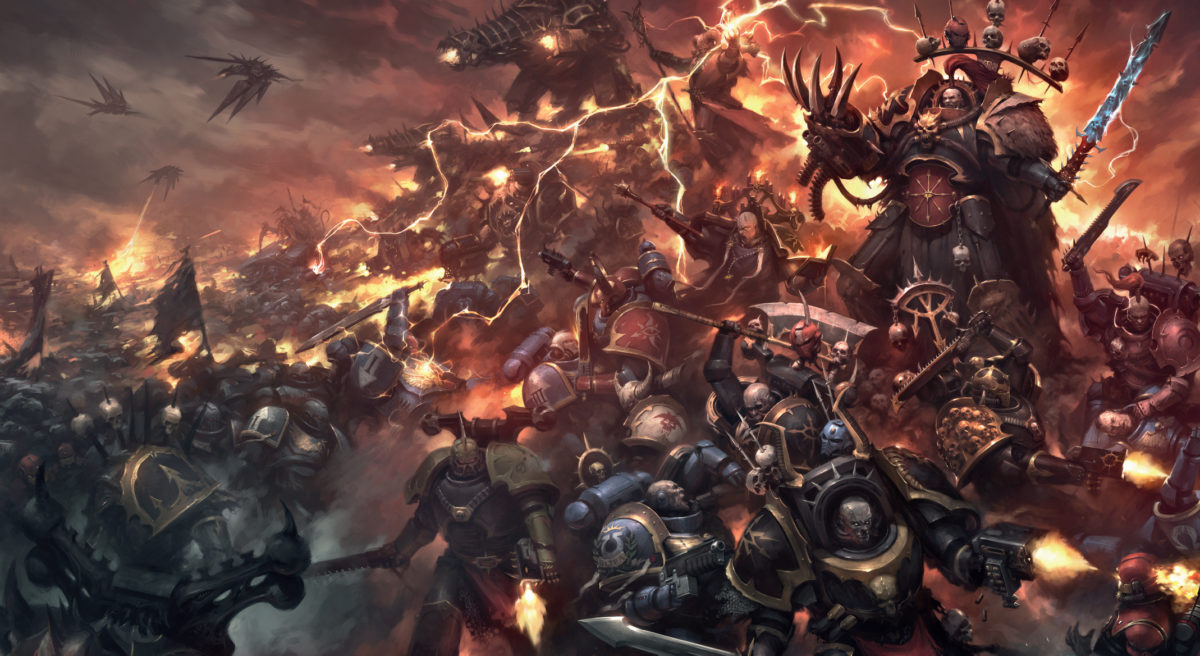 Warhammer 40K is a tabletop game that many gamers have heard about. Furthermore, gamers of games like Dawn of War and Total War: Warhammer will be familiar with their parent titles, WH40K and Warhammer Fantasy, respectively. For those unfamiliar with the Warhammer series, it is based on a tabletop wargame in which players command tiny "armies" on a battlefield in a fight for domination. In Warhammer 40K, players take control of one of numerous factions vying for galactic supremacy.

Furthermore, this grimdark sci-fi wargame includes not just rulebooks, but also extra material and novels. In addition, the game requires players to select factions, purchase and paint miniatures, and absorb a great deal of backstory. How, on the other hand, does a novice learn Warhammer 40K quickly?

If you are a Warhammer enthusiast, then check out our 10 tips for Total War Warhammer 3 beginners.

WH40K players are typically divided into two groups: painters and combatants. Most gamers begin as the former, since various unit designs, depending on the faction, are appealing. Players who begin creating armies for the sake of playing them become warriors, and they quickly grasp the appeal of WH40K as a wargame.

Players who want to engage in battle with their armies should always read the Core Rules beforehand. Thankfully, Games Workshop has put up a simple tutorial to help gamers navigate the battlefield. Moving and fighting, using psychic powers, firing and charging, and other crucial battle processes are all covered in these key guidelines.

2. Choose A Faction And Get Its Codex​

Faction selection is one of the most underappreciated suggestions new players receive when playing the game. After all, choosing a group that is typically "powerful" throughout should be desirable, right? The point is, it shouldn't be the only aspect that influences a player's faction decision. There are more than 20 factions in Warhammer 40K, each with its own style, troops, mythology, and tactics.

Keep in mind that WH40K is not an inexpensive hobby. Players must be adamant about the faction they want to join, as they will spend a lot of time buying, painting, and playing with their troops. What difference does it make if the Ultramarines are Smurfs? Players that have a favourite faction should consider acquiring their Codex, since it contains all of the extra information they'll need to get the most out of their purchases.

A Battle-Forged army is one that is part of a Detachment or a particular organisation. Detachments refer to armies structured in a way that compliments their specific skills, depending on the side. Units in Warhammer 40K have a battlefield duty (e.g., HQ, Troops, Fast Attack) and can collaborate with others in a Detachment.

When a Detachment's conditions are met, an army becomes Battle-Forged, allowing it to utilise Strategems. Players should buy troops according to the Detachments they wish to build, so they're ready to fight whether they're playing competitively or not. Combat-Forged armies also give players Command Points (CP), which they may utilise to help their armies in battle.

Army lists assist players in fighting on an even playing field. After all, not everyone has the financial means to buy many WH40K troops, thus they're likely to play with a variety of limited rosters. The game evens the playing field by requiring armies to follow a set of "points" that are shared by all troops. Gamers can pick their troops based on point totals alone, but those that create army lists have an advantage. After all, these lists assist them in determining how their faction's forces will confront their opponents.

Army lists can be wish lists or just a list of troops owned by a player. Army lists, on the other hand, can include special talents, tactics, Detachments, and other information that players may require as a reference for how they intend to use their soldiers in combat.

Players that are fighting with their armies can utilise their CPs to use Stratagems to help their troops. In most conflicts, you can re-roll any dice (Command Re-Roll), attack after an opponent charge (Counter-Offensive), and pass a Morale test (Insane Bravery). Furthermore, players are only allowed to utilise them a certain amount of times every match.

Surprisingly, by distributing their army throughout many Detachments, players may create more CP. Various factions also provide extra Stratagems for players to employ. As previously said, players must pick a side to play with, and these Stratagems provide gamers a notion of how different factions "win" conflicts. Now that the 9th Edition of this popular sci-fi wargame is on the way, these mechanics may alter.

Units are chosen by players for a number of reasons. Perhaps the purchase is motivated by their appearance or the abilities they provide. Players should, however, select troops according on how they benefit the army and the overall plan. Players can do so by determining the unit's primary function and how they go about achieving it.

Assault units, for example, should be more than merely powerful. Rather, players must evaluate how these units enter the battlefield and, if necessary, flee. More significantly, this unit must be the most cost-effective option in the army, particularly if players are vying for certain Detachments. If players follow these guidelines, they will not only have a cost-effective army, but also an army where everyone has a job to do.

Aside from unit selection, wargear selection may be a game-changer in each fight. Because no one unit is limited to a single weapon, WH40K caters to a wide range of gamers. Because of this flexibility, units may play a variety of roles depending on the scenario.

Players want troops that can perform a wide range of assaults. This, however, may not be the most efficient option. Instead, focus on making units more efficient at what they do. Anti-tank units, for example, should be equipped with anti-tank weaponry. Dreadnaughts, for example, can stop most tanks with lasscannons (anti-tank), but with assault cannons, they become anti-infantry.

Due to the numerous situations that might occur in combat, detachments and unit formations remain essential in WH40K. Detachments, when done correctly, should provide players some options while battling various troops. Players, on the other hand, should take the initiative to ensure that their troops have a loadout that allows them to defeat the adversaries they're supposed to fight. This component optimises the points allotted to that particular unit by the participants.

Anti-tank forces, for example, should target tanks, whereas infantry should target the opposing crowd. Despite its simplicity, this tactic has the potential to quickly deplete your opponent's critical units.

Players that are given the opportunity to play first frequently go all out because they believe they have an advantage. This action has the potential to be expensive, as it exposes first-turn players to opponent commander counterattack the next turn. To circumvent this, those who are starting first should believe they are starting second.

This tactic entails deploying forces in advance of the next turn. For example, guarding important assets, hiding inferior troops, and putting attack forces in cover are all examples of these tactics. In a sci-fi game, this tactic is similar to focusing on defending the base early on. Furthermore, this technique allows players to achieve their core formation considerably more quickly and, most importantly, safely.

When the opponent has a few formidable units at their disposal, battles may get scary. WH40K players, on the other hand, can launch an alpha attack, or an early decisive strike, with the goal of crippling the opponent onslaught. This strategy basically states that player units should focus on destroying the opponent's vital troops as quickly as possible so that their army does not benefit from the advantages such units bring. Heroic units and strong tanks, which may otherwise crush your soldiers, are easy targets.

Separating enemy units to remove them separately can be an alpha move in instances where removing a large target is dangerous in Warhammer 40K.

Did you know that Games Workshop is working on a new Warhammer game? The upcoming tabletop game is called Warhammer: The Old World.