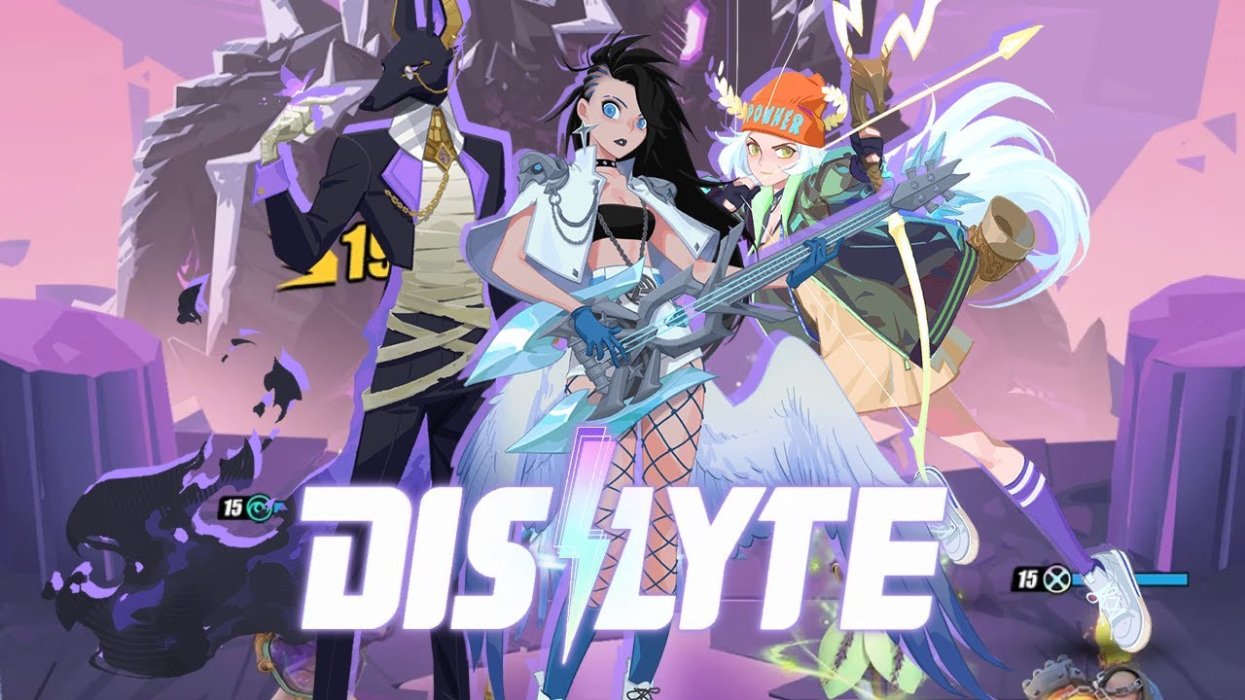 Dislyte is an anime-style squad warfare RPG. The game, which is characterised as a "urban mythology RPG," takes place in a dark future atmosphere in which players assemble a squad of warriors (known as "espers") and engage in combat. There are a number of different fight types, as well as PVP and guilds (called 'clubs') – and even a Guitar Hero-style DJ contest – in addition to the main plot objective.

The turn-based combat are, however, the principal activity of Dislyte. You must first assemble a squad of five epsers. But there will soon be a plethora to pick from, as well as a plethora of methods to upgrade them and the relics they may use to enhance their abilities.

A number of menu selections will be marked with a red dot, especially early on. This indicates that you may claim something, such as a new item or a quest challenge. Allow these training courses and missions to lead you through the game's early stages. They frequently provide good prizes and gradually educate you the game's subtleties.

But don't get too comfortable. A red dot on a menu will not appear for everything. For example, to see certain possible possibilities, you may need to go into your espers Dislyte tier list and click on the 'Advancement' page. So go digging in there on a regular basis.

It's advisable not to upgrade 2* and 3* relics unless a course requires it. Before you reach level 20, you'll have a lot of 4* relics. Around level 35, there are also 5* relics. A basic 2* relic costs 500, whereas one that has been advanced to +1 costs 518 – but enhancing it costs 270. It's quite unlikely that you'll get any form of return on your investment.

Early on, relics from the 2-set (rather than the 4-set) are more difficult to come by, making them more likely to be beneficial to upgrade. However, be sure to improve those stronger relics as soon as possible. They may make a big impact in your numbers, especially if you gather them together of the same type to get the additional benefit.

3. Some Items Have A Time Limit​

Some of the benefits you receive are only available for a short period. You'll lose them if you don't utilise them within a few days. Keep a look out for things with a little clock indicator in your inventory. When you click on them, they will inform you when you must utilise them by.

4. Your Team Should Be Balanced​

Balance is rewarded in team-based games, and Dislyte is no exception. To balance out your DPS espers, you'll need at least two support espers (healers and buffers), as well as a mix of area effect and single strikes. Even better if you can throw in a jack-of-all-trades esper to round it off.

Also, keep an eye out for espers that start out strong. The majority of your warriors will be 3*. All of them can ultimately be upgraded to 6*. However, you'll receive Mona (a good DPS who starts as a 4*) and a guaranteed 6* legend as one of your first 10 esper selections early on. These are excellent early picks for assembling your basic squad.

Your espers will attack in order of their speed. So, take a look at their abilities and see how they can assist one another. Brynn, for example, offers all allies the 'ATK Up' benefit. As a result, if she fights first, everyone else's first attacks will be enhanced, which is ideal for an opening assault.

While it may be preferable to utilise an esper that benefits from finishing moves after your area effect espers have crippled your opponents, you may control each hero's speed using relics. So keep an eye out for those that have speed boosts and make good use of them.

6. You Can Get A Captain Bonus​

The term 'captain' is written above the far-left squad spot. Some espers have a 'captain ability,' such as Li Ling and Mona. They may be found under the 'abilities' tab on the 'espers' page. If you equip one of these espers in the captain position, it will assist your whole team. They can be quite powerful, contributing 20-30% to attack, crit rates, or resistance.

However, some only influence one sort of combat, so be cautious. Bardon's DEF boost, for example, only applies in Point War fights.

7. Check Your Team When Switching​

You've perfected your team and accomplished a few missions before deciding to take on a challenge. But, before you begin, double-check your team. The game doesn't remember your most recent team, but it does remember the most recent one you used in a certain section of the game. If you haven't done anything in a long time, or if you haven't done anything at all, your squad may comprise weak espers that you don't utilise or haven't updated. Or, even worse, a haphazard pick.

When a combat starts, keep track of how many 'waves' of adversaries there are. Once the conflict begins, it is written at the top of the screen. Your most powerful strikes will always have round-timers, so if the battle is only two waves, you may wish to keep them back. If it has three, though, you should have enough time to recuperate and re-use those huge assaults before wave three. Furthermore, trials like Ritual and Sonic Miracles frequently conclude with a single adversary, so there's no need to hold back those area effect strikes.

If you only have a few weak adversaries remaining after employing your strong strikes during early combat waves, try using weak attacks or buffs to prolong the battle. This will allow your powerful attacks, heals, and buffs more time to reset before the following wave arrives.

If you're not going to play Dislyte for a while – perhaps you're going to work or to bed – don't let your energy go to waste. Remember that you may set up multi-battles to happen automatically while you're playing another game mode. You'll still receive benefits, so why not put that energy to good use? By the time you log back in to , it will have been replenished.

Haven’t heard about this game before. Looks good so might give it a go!
S

Inappropriate advertising / spam
I’m gonna try these tips out later when I get in. I’m really enjoying this game.
You must log in or register to reply here.

6 Beginner Tips for Dorfromantik
May 10, 2022 by Melissa Adams